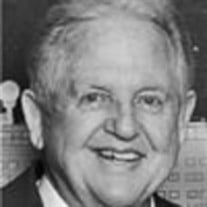 The Lord called Alan home on January 3, 2021, just a few hours shy of his 75th birthday. He left this world surrounded by family and friends and into the waiting arms of our Lord and savior. He was born January 4, 1946, in Marysville, CA, to Zachary Taylor and Violet Millescent Shipp. He attended Meridian Elementary School and was a graduate of Sutter High School. He worked for Pepsi Cola Bottling Company in Yuba City until 1989, when he suffered a back injury and had to undergo surgery. He was sent to Heald Business College for retraining, where he obtained an associates degree in computer science. He was hired by Apple Computer in Cupertino as a contractor, where he worked for one year with a team on an early prototype of their first laptop. Unfortunately, his back injury left him with excruciating pain and he ended up having two more surgeries, having metal rods and screws inserted. From that time on, he was unable to work and was placed on permanent disability. He loved going to garage sales and tinkering in his shop. He was a movie buff and amassed hundreds of movies over the years. He was a collector of "fine junk", but did manage to stumble upon a few real treasures now and then that he resold for a profit. He loved the hunt and got up early Fridays and Saturdays to search for treasures. When his wife retired in 2015, they sold their home in Yuba City and moved to Roseville. They then traveled the world, seeing as much as they could in a few short years. They sailed the Caribbean twice. They sailed across the Atlantic to England, stopping in The Azores, Portugal, Spain, France (he finally got to see Normandy, his dream come true), before disembarking in South Hampton. They traveled to London, where they then joined a bus tour through the English countryside to Scotland, Ireland, Northern Ireland, and Wales. The following year they flew to Sydney, Australia, and spent a few days seeing the sights before boarding a ship that would take them around New Zealand. They also spent two months traveling with their trailer and two dog, visiting landmarks in 20 states, as well as stopping and visiting with old friends and family along the way. They had more cruises lined up, one for the top of Australia and Bali, when COVID struck and they were unable to continue their travels. They used to go to Maui for two weeks every year when Linda was working and anyone who knew Alan knew that his favorite attire was a Hawaiian shirt and walking shorts. He would wait until at least November, sometimes December, before he would break out the long pants, but as soon as it started warming up he brought out the Hawaiian shirts again. Alan is preceded in death by his parents and two brothers, Taylor and Leroy. He is survived by his wife of almost 40 years, Linda; two daughters, Angie Grace Smith (Michael) of Lincoln, Hilary Dizon (Alex) of Roseville; and a son, David Hudson (Robin) of Shelton, WA; two granddaughters, Serena Stetson (Hunter) and Rylan Harris; and three grandsons, Alec Harris (Emily), Toren Harris, and Jacob Hudson; and one great-granddaughter, Diana, due in June. He is also survived by his sister, Rose Westcott (Rodney) of Meridian; and sister-in-law, Margaret Shipp of Oroville; along with numerous nieces and nephews. He leaves behind his two faithful companions, Izzie and Ginger, who will miss sitting in his lap everyday. He will not only be missed by his family, but by many good friends and travel buddies, as well as the "McDonald's coffee clatch." A viewing is scheduled on Sunday, January 10, 2021, from 12:00 to 3:00pm, at Ullrey Memorial Chapel on Almond Street in Yuba City. A graveside service is planned for Monday, January 11, 2020, 2:00 p.m. at Sutter Cemetery. Those attending are encouraged to wear Hawaiian shirts or dresses, if you have them, in honor of Alan's memory. Masks and social distancing are encouraged.

The Lord called Alan home on January 3, 2021, just a few hours shy of his 75th birthday. He left this world surrounded by family and friends and into the waiting arms of our Lord and savior. He was born January 4, 1946, in Marysville, CA, to... View Obituary & Service Information

The family of Alan James Shipp created this Life Tributes page to make it easy to share your memories.

Send flowers to the Shipp family.