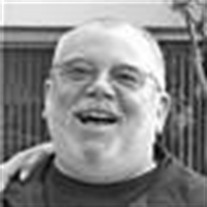 Alan Leland Troxel, age 66, of Wheatland, passed away on March 10, 2019. Alan was born in Marysville, CA on July 1, 1952 to Kenneth and Lois (Perkins) Troxel. Alan was the oldest of 3 sons, always claiming he had the "gravy train" until his brothers, Bruce and Darryl arrived 8 and 9 years later. Alan was proud to be the big brother to two brilliant, successful men. At the age of 10, Alan found his life-long passion of music. The drums became his choice of instrument. It didn't take long for him to become a "rocker." Once he heard that Fab Four group from England, there was nothing more important in his life than playing in a band. Alan played with several bands throughout high school and beyond, managing to make a living with his own band, "Wind." He spent time on the road, playing throughout the U.S. and Canada. It was once he got home, his first night at a new club, that he looked up and saw the girl that would very soon become his wife. It took a few weeks for Alan to get the nerve to ask Karen out, but once he did, they were a perfect match. Three weeks later they announced they were getting married. The next day they did so and spent the next 42 years as a pair, one the spouse the other the spice. After 15 years of playing music he decided it was time to get a job with benefits. He was fortunate enough to be hired by the US Postal Service. Shortly thereafter he encouraged his wife to begin a business of their own. He spent the next 2 years working 10-12 hour days, 6 days a week to let the business get on its feet. In 2013 Alan retired from the postal service and joined his wife at their business, Troxel's Front Page. While Alan didn't care for the tax or accounting work, he handled all the notary services and spent plenty of time talking about the SF Giants and 49ers. In recent days those talks were about Giants Spring Training, the players who had broken his heart, and the upcoming retirement of Bruce Bochy. Besides the love of music and his sports teams, he loved his friends, particularly two long time friends. His oldest friendship began when he was 5 years old. His mother allowed him to ride his bike around the block, however, he could not cross the street. He went around the corner and there across the street stood a young boy who yelled out, "Hey, what's your name?" Alan stopped his bike, stood up and replied, "My name's Alan." The other boy fell to the ground, jumped back up and said, "My name is Allen too." For 62 years they had a very special bond. After a few years another young Marysville boy, Dennis Finley, became part of that team. The 3 of them spent their lives taking care of each other, going to ball games and grousing about the Giants and 49ers. Alan is survived by his wife, Karen Troxel (White) of Wheatland; brothers, Bruce Troxel (Barnette) of Yuba City and Darryl Troxel (Lauren) of San Ramon; brother-in-law, James White (Vicky) of Loma Rica; sister-in-law, Marsha White of Yuba City; nephews, Elliott Troxel of Yuba City, Steven Troxel of San Ramon, James White IV (Brianna) of Loma Rica; nieces, Shannan Troxel Andreas (Michael) of Chico, Brittney Troxel of Sioux Falls, IA, and Jaime White Gascon (Joevic) of Marysville. He is also survived by 4 beautiful great-nieces, Carmen and Madison White of Loma Rica, Camille Troxel of Yuba City, and Ember Andreas of Chico. Services, under the direction of Ullrey Chapel of Yuba City will be held on Friday, March 22, 2019, at 1 PM, with interment at Sutter Cemetery immediately following the service. The family sends their heartfelt thanks to the Wheatland Fire Department for their valiant efforts to try and save Alan's life.

Alan Leland Troxel, age 66, of Wheatland, passed away on March 10, 2019. Alan was born in Marysville, CA on July 1, 1952 to Kenneth and Lois (Perkins) Troxel. Alan was the oldest of 3 sons, always claiming he had the "gravy train" until his... View Obituary & Service Information

The family of Alan Leland Troxel created this Life Tributes page to make it easy to share your memories.

Alan Leland Troxel, age 66, of Wheatland, passed away on March...

Send flowers to the Troxel family.