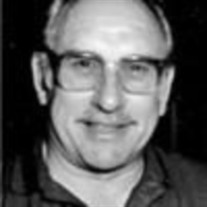 Albert Helwig, 81, passed away peacefully at Mercy San Juan Hospital in Sacramento, California, December 18th, 2020. "Big Al", as he was known by his friends, was a fun loving, joke telling husband, father, grandfather and great-grandfather and loved life. He was born in Alameda, CA, on June 22, 1939, and grew up in Yuba City, CA. He attended local schools and graduated from Yuba City High School in 1958. Captain of his Varsity Football Team, he met his sweetheart Barbara Joan Reynolds, his senior year and they were married on January 30th, 1960. They were happily married for 60 years. A true story book romance. Albert joined the Air Force in 1958, where he would serve 4 years and achieve the rank of Sargent. When he left the service he worked in the San Francisco bay area at Brunswick drugs in there distribution department. In 1968, he went to work for Crystal Creamery Milk Company in Sacramento, CA, and would remain in the milk business for over 30 years. "Big Al" would receive many sales awards in retail sales and would eventually own his own Distributorship in Sacramento, CA. The opportunity presented itself to own a Wholesale Distributorship in Grass Valley, CA, for the same company. He welcomed the change to wholesale in which he would remain there for 3 years before returning to his love of retail sales and buying a Distributorship in Yuba City, CA, in 1980, where he remained until he retired in 2000. "Big Al" loved music, he would even DJ for weddings, birthdays and special events. He would listen to music for hours, 50's, 60's, 70's, 80',s, rock, country, he loved it all. He loved telling jokes, the family would question how he remembered so many, he would just laugh and tell another. We will miss him. He loved seeing his family together and favorite memories included Christmases and trips to Disneyland where he would tell his daughter, "sissy, we are all together, not sure how many times we will be able to do this". He loved taking trips with his loving wife. Nashville, Tennessee, was a frequent trip where he would enjoy country music with his high school sweetheart. He loved watching his grandsons race. If they were racing, he would want to be there. It was always Helwig Family Racing. Albert and Barbara would also travel to Texas to see their daughter and enjoyed watching their grandson play baseball and spending time with their granddaughters who loved singing for their Grandpa. He is preceded in death by his parents, Albert Edward and Adelaide Cecelia Helwig; sister, Myrletta Poole; and grandchildren Kiefer Trey William Smith and Scott Bradley Nelson. He will be deeply missed by his wife, Barbara; daughter, Lori; son, Alan; son-in-law, Robert; daughter-in-law, Terri; granddaughters, Jacqueline, and Talia; grandsons, Michael and Nicholaus; six great-grandchildren, brothers-in-laws; sisters-in-law, numerous nephews, nieces, cousins, and extended family throughout Texas, California, Colorado and Nevada. The family will have a private graveside ceremony with a celebration of life to be held at a later date.

The family of Albert Helwig created this Life Tributes page to make it easy to share your memories.

Send flowers to the Helwig family.