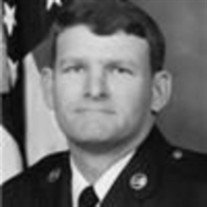 Brad L. Fisher, 63, of Yuba City, born June 30, 1957, in Chico, CA, passed away November 23, 2020, at Rideout Hospital. He was a Yuba-Sutter resident for 35 years. Brad was a retired USAF SMSgt. and current Occupational Safety Manager 195th Wing, Beale AFB; USAF Retired SMSgt. 1975-1998, Red Eagle 4477th Alumni, 9th Reconnaissance Wing Quality Assurance managed 35 U-2, 15 T-38 and 2 SR-71 aircrafts, along with 850 military personnel, and Desert Storm War Veteran. He was commented to be the most dedicated, motivated, organized and respected U-2 maintainer in the business. Praised as "the glue that kept the maintenance team together", and known as the "Landshark" for his attention to detail for his ability to maintain million-dollar aircrafts to the very best of his ability. An expert marksman, he always scored the very highest in every performance report he received. He epitomized the Air Force profession, and excelled in knowledge of all the related positions he held. He was absolutely superior in all areas of duty performance. Brad was an avid bass fisherman who fished many years of his life. He loved Harley's, the Raiders, and spent many years hunting with friends as well. A beloved husband, father, brother, uncle and most recently the very best Papa to his only grandchild. He will be greatly missed by all who knew, loved and respected him. Survivors include Julie Fisher, wife of 42 years; Shannon Fisher, daughter; Tyler Fisher, son; Karley Fisher, granddaughter, all of Yuba City; Donna Lipps, sister of Sacramento; Tina Fisher Roe, sister of Gig Harbor, WA; Brian and Ron Hill, nephews of Zumbrota, MN; Anna Hill, niece of Marysville, CA; Laura Roe, niece of Carnation, WA; Scott Roe, nephew of Bothell, WA. He is proceeded in death by William H. Fisher, father; Virginia E. Fisher, mother; Linda D. Hill, sister; and Ron Lipps, step-father. A private family service will be held at Dixon National Cemetery. A memorial/celebration of life will be held next year when it is safe to gather in large numbers.

The family of Brad L. Fisher created this Life Tributes page to make it easy to share your memories.

Send flowers to the Fisher family.