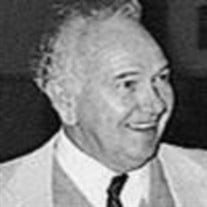 Carl Haynes Patton passed away peacefully Saturday, July 24, 2021, at 89 years of age. He was born October 14, 1931, in Wiz Bang, Oklahoma to Benjamin and Izena Patton. In 1937, his family moved to California, seeking better opportunities like so many others. The family first lived in Hallwood, then moved to Linda. Carl attended local schools and graduated from Marysville High School as a member of Class of 1949, making many lifelong friends. During high school he played on the championship football team in 1948. After attending one year at Yuba College, he enlisted in the Air force, serving honorably from 1951 to 1955. He was stationed in Madison, Wisconsin and married high school sweetheart Lorene on December 26, 1951. Carl and Lorene returned to Marysville following his discharge from service. Carl returned to college in 1955, receiving a Bachelor and Master's Degrees in education. He began his career as a teacher at Gray Avenue School in 1958, continuing to teach prior to becoming a principal at both Linda and Brittan School then working for Sutter County Schools as an administrator. He retired from Sutter County in 1992. Carl enjoyed fishing on local lakes and rivers and took yearly trips to Yreka, fishing for salmon on the Klamath River. Carl was an artist who thought everyone should try painting as a way to humble yourself. His woodworking hobby found him making hand carved bear bookends, Christmas angels, duck decoys and duck boxes that he shared with loved ones. Carl and Lorene enjoyed traveling. Lots of trips were taken to Southern California, Sun Valley, Idaho for jazz festivals and yearly trips to Monterey. They also spent time at the cabin in Kingvale. Many anniversaries, birthdays and a few weddings were held at their home in Sutter. Carl was a 53 year resident of Sutter. He is survived by his children, Sandi Bartlett, Steve Patton (Tami) and Bo Patton (Mary). He was a loving Popo to Greg, Lana, Dirk, Allison, Chaz and James; and great-grandchildren, Drake, Lauren, Mia and Myles. Carl is preceded in death by his wife of 63 years, Lorene; parents, Benjamin and Izena Patton; and siblings, Bennie, Sally and Florence. The family extends a special thank you to Sutter North Hospice for their compassion and care. A memorial service will be held on Saturday, August 7, 2021, at 10:00 am, at Ullrey's Memorial Chapel, Almond Street Yuba City. A reception will follow service at The Harvest Room on Butte House Road, Yuba City. Following the reception, burial will be at Sierra View Memorial Park. Donations may be made to Shriner's Children's Hospital or Sutter North Hospice.

Carl Haynes Patton passed away peacefully Saturday, July 24, 2021, at 89 years of age. He was born October 14, 1931, in Wiz Bang, Oklahoma to Benjamin and Izena Patton. In 1937, his family moved to California, seeking better opportunities like... View Obituary & Service Information

The family of Carl Haynes Patton created this Life Tributes page to make it easy to share your memories.

Send flowers to the Patton family.