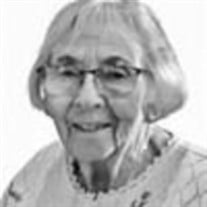 12/13/1929 – 2/26/2021 Cecilia Mahan Rice, 91, of Browns Valley, passed away on February 26, 2021. Cecilia was born on December 13, 1929, in Oxnard, California, to Cecil A. Mahan and Frances P. (Ricketts) Mahan. Cecilia grew up in Southern California and loved the ocean. Cecilia graduated from Sanger High School in 1947, and earned her Registered Nurse license from Fresno General Hospital School of Nursing in 1950. After college, she was working as a nurse when she met Richard Mason Rice, a graduate student at Fresno State University. Richard and Cecilia were married in December 1954. During Richard's career as a naval officer, they lived in various places in California, as well as Georgia, New York, Japan, and Pennsylvania, before settling down in the early 1970s to build their home on the Rice family ranch in Browns Valley. For about eight years, Richard was away at work each week at the naval base in Alameda, and frequently traveled overseas, while Cecilia managed the home and family in Browns Valley. They lived in a cabin and built their house on the weekends; it took several years before they were able to move in, with years of finishing work still ahead. The family raised livestock, and Cecilia and her son Jeff kept a milk cow, from which she sold milk and cream to neighbors and made butter. When the kids got older, Cecilia went back to work as a surgical nurse at Rideout Hospital in the late 1970s and 1980s. In retirement, her love of plants and gardening led her and Richard to build a business, Bald Mountain Nursery, in the yard of the old family ranch house where trees and flowers originally planted by Richard's grandmother still grow. Their son Jeff became a partner in the business in the 1990s. Cecilia and Richard had recently celebrated 50 years of marriage when Richard passed away in February 2005. Cecilia continued to work at the nursery for many years, and enjoyed living in their hand-built home until a few months before her death, when she moved to Prestige Assisted Living in Marysville. Cecilia is survived by her four children, Libby Feyh (Mike), Jeffrey Rice, Dennis Rice (Kathy), and Jeannette Rice (Greg Caille); seven grandchildren; and one great-grandchild. She is preceded in death by her parents; her husband, Richard; her brother, Robert A. Mahan; her baby sister, Janet; and two daughters who died at birth. The family is having a private service. If you wish to honor Cecilia's memory, please consider donating to the American Cancer Society.

The family of Cecilia Mahan Rice created this Life Tributes page to make it easy to share your memories.

Send flowers to the Rice family.