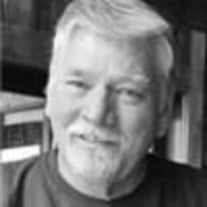 Charles "Lee" Boutt, Sr., was a beloved husband, father, grandfather, brother, uncle, and friend. He left us peacefully on December 20, 2021, surrounded by his family. Lee was born on June 24, 1946, in Oceanside, California, to Mary Kathryn Newburn and Charles Henry Boutt. He has seven siblings; Ron Barron, Gary Barron, Patt Grasham, Dennis Cecil, Kathryn Coster, Mike Coster, and Robert Coster. Lee grew up in El Monte, California where he then enlisted and proudly served in the U.S. Navy. Later in life, he moved to the Yuba-Sutter area and was the owner/broker of Boutt Insurance Services, Inc. for 30 years. He made many connections with members of the community that became lasting friendships. Lee provided a great deal of inspiration to his family, especially during the past several years in which he battled through significant health issues. He was preceded in death by his mother, Mary Kathryn Newburn; and his father, Charles Henry Boutt. He is survived by his wife, Cynthia Boutt; his children, Michele Behm, Charles Lee Boutt II, Scott Estrada, and Stephanie Dickinson. He has seven grandchildren, and five great-grandchildren. Lee was known for his caring, fun-loving personality, great sense of humor, good advice, and delicious cooking. He enjoyed spending time with family, whether it was weekend meals together, attending his children and grand-children's sports and school events, family trips to the coast, fishing trips in Alaska and time in Hawaii. He was a very special part of our lives and will be missed deeply. A celebration of life will be held on Friday, January 7, 2021, at 2 p.m. in the outdoor pavilion at Sutter Cemetery, 7200 Butte Avenue, Sutter, CA. Following the service, we invite you to spend time with the family sharing stories and memories at the Daughters of the Golden West Parlor located at 7393 Lyon Street in Sutter, California. Arrangements are under the direction of Ullrey Memorial Chapel of Yuba City (530) 673-9542.

Charles "Lee" Boutt, Sr., was a beloved husband, father, grandfather, brother, uncle, and friend. He left us peacefully on December 20, 2021, surrounded by his family. Lee was born on June 24, 1946, in Oceanside, California, to Mary Kathryn... View Obituary & Service Information

The family of Charles "Lee" Boutt Sr. created this Life Tributes page to make it easy to share your memories.

Send flowers to the Boutt family.