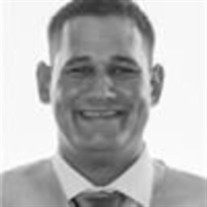 Charles Steven Messick, age 32, of Marysville, California, was born on January 22nd, 1989, and passed away at his home in Marysville, California, on January 1st, 2022. Charlie resided in the Yuba-Sutter area his entire life. From a young age he enjoyed hunting, often providing the Messick family with their Thanksgiving Turkey. He was an avid fisherman, and a perfect day for him consisted of a body of water with people he loved. He had a passion for life, he could befriend anyone he crossed paths with. He enjoyed helping others, and if a friend needed his help they could count on him to be there. His greatest passion and joy came later in life, with the arrival of his two precious children Ionna and Charles. They were the light of his life, and he would do anything for them. He is survived by his children, Ionna Messick and Charles Messick; his step-children, Izaiah Kissel and Wyatt Kissel; their mother, Amelia Messick; grandmothers, Shiela Messick and Irene Godfrey; his grandfathers, Steven Friend and Roy Untiedt; his father and stepmother, Jon and Amy Messick; his mother and stepfather, Lorri and John McElroy; his sisters, Kayla (Messick) Colbert and Hailey Messick; his brothers, Joshua McElroy, Thomas Messick, Caleb McElroy, Jackson Messick, Owen Messick, and Noah Messick; and his step-brother, Adam McElroy. He is preceded in death by his grandfathers, Charles Messick and James Godfrey. His memorial service will be held on January 15th, 2022, at 11:00 am at the Main Exhibit Hall of the Yuba-Sutter Fairgrounds, 442 Franklin Rd., Yuba City, CA 95991. His family is asking that in lieu of flowers a contribution be made to the Hallwood Church of the Nazarene, 2825 State Hwy 20, Marysville, CA 95901.

The family of Charles Steven Messick created this Life Tributes page to make it easy to share your memories.

Send flowers to the Messick family.