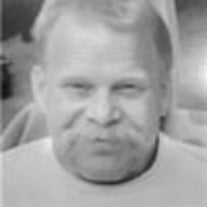 Clark Wayne Crandall, of Yuba City, passed away with his family by his side on Tuesday, April 21, 2020. He was born on February 23, 1958, in Yuba City, the youngest of four children. His three siblings, Kent Crandall of Anchorage, Alaska, Kelly Smurthwaite currently of Yuba City, and Kim Palmer of Coos Bay, Oregon, survive him. He is also survived by his son, Todd Crandall; and his wife, Mia of Utah; his mother, Jeanine Rounds of Yuba City; and his father, Wayne Crandall of Minden, Nevada. Clark initially grew up in Yuba City, but moved with his family to Hawaii in 1967, and he grew up there, graduating from Kalaheo High School, where he was very active in sports. He later attended college in Idaho and then spent a year working and actively skiing at a ski resort in Utah. He later returned to Yuba City and attended Yuba College where he graduated with a degree emphasizing Weights and Measures. After working at various jobs, he decided he wanted to complete a major at Yuba in Drafting, and did so. He was briefly married to Renee Young, and they had a son, Todd. Although in 1995 he was diagnosed with a permanent disability because of Ankylosing Spondylitis, a form of rheumatoid arthritis, Clark was determined to continue working, and he enthusiastically went to work as a Draftsman for CalTrans in the late '90s. He retained that job for over 20 years, retiring only this spring. Clark was an avid sportsman. He loved the outdoors, going skiing, hiking and camping, and he found many friends and much to do in the Yuba City area, including active participation in the LDS Church. He will be greatly missed. He was buried in a simple family ceremony at the Sutter Cemetery on Monday, April 27, 2020. A Celebration of Life Ceremony will be held at the LDS Church at a later date

Clark Wayne Crandall, of Yuba City, passed away with his family by his side on Tuesday, April 21, 2020. He was born on February 23, 1958, in Yuba City, the youngest of four children. His three siblings, Kent Crandall of Anchorage, Alaska, Kelly... View Obituary & Service Information

The family of Clark Wayne Crandall created this Life Tributes page to make it easy to share your memories.

Clark Wayne Crandall, of Yuba City, passed away with his family...

Send flowers to the Crandall family.