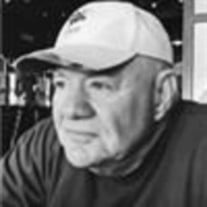 Edgar Long "Ted" Beck, 79, of Yuba City, passed away on December 25, 2021, after battling a lung tumor. Plans are underway for a Celebration of Life at some point in 2022, when weather allows for safe travel and less disruption to work schedules and other life demands as directed by Ted. Those who knew him best know he believed devoutly that "it takes one heck of a meeting to beat no meeting at all." Ted was born, the 10th of 11 children, to Delilah Beddes and Ira Beck in Parker, ID, on January 5, 1942. He graduated from South Fremont High School in St. Anthony, ID, 1960, also completing National Guard Basic Training that year (Ft. Leonard Wood, MO). April 1961 to April 1963, he served a mission for the Church of Jesus Christ of Latter-day Saints in northern California. Ted was a great provider and always worked, sometimes a few jobs at once, eventually becoming an electrical contractor. In between shifts for the various jobs, he earned an Associate degree from Yuba College and then a Bachelor degree in Social Sciences with an emphasis in Anthropology and a minor in Psychology from California State University, Sacramento. On April 27, 1963, Ted married Merilyn Ann Mallory of Yuba City in the Idaho Falls temple of the LDS church, growing into loyal and committed partners over those 58 years. In that time they lived in Terreton/Mud Lake, ID, Yuba City, CA, Medford/Central Point, OR area, and then back to Yuba City where they have been since 1968. Ted is survived by the great love of his life and best friend, Merilyn; children Darren (Paula) of Eagle Mountain, UT, Patrick (Kathy) of Yuba City, CA, Kellie (Sean) Rafferty of Lincoln, CA, and Ryan (Sharlene) of Placerville, CA; grandchildren, Kayla, Jake, Brendan, Paden, Madison, Ansley, Keegan (Bailey), Dylan, Cormac, Jack, Jacob, and Bailey; and 2 great-grandchildren, Porter and Ada; as well as sisters, Elva (David) Jay of La Center, WA, and Patsy (Jerry) Ostermiller of Aurora, CO; and a brother, Bill (Beth) Beck of Bountiful, UT; and extended family and friends who are loved, appreciated, and cheered for in every phase and situation of their lives by him. We miss him already, but have hope he was greeted with smiles and hugs on the other side. His presence has been felt as we have gathered together to support our mom and one another. The family suggests you find a way to give service to any number of groups and organizations in your area in lieu of flowers or cards or just because that will be the best way to pay respects to him. We all wish to express tremendous gratitude for the Sutter County Sheriff's Office, in particular Deputy Pope, Rideout ER personnel, the Doctors and Staff at Adventist Health's Cancer Center, and Ullrey Memorial Chapel, as well as so many others who have cared, supported, and served. No more suffering, Pop! Good deal.

Edgar Long "Ted" Beck, 79, of Yuba City, passed away on December 25, 2021, after battling a lung tumor. Plans are underway for a Celebration of Life at some point in 2022, when weather allows for safe travel and less disruption to work schedules... View Obituary & Service Information

The family of Edgar Long "Ted" Beck created this Life Tributes page to make it easy to share your memories.

Send flowers to the Beck family.