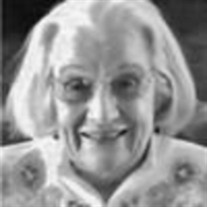 Elaine French Chase, a seventy-five year resident of Marysville, passed away peacefully in her sleep on December 6, 2020, just one month short of her 94th birthday. She was born on January 4, 1927, to Loyal Dell and Lillian Hansen French in Chicago, Illinois, and spent her early years in Southern California. Elaine and her mother moved to Marysville in 1941, where she attended Marysville Union High School, ultimately meeting her future husband, Arthur Willis Chase Jr. They were married on August 22, 1942, and like so many young men at the time, Willis entered the U.S. Army for service in WWII shortly thereafter. Elaine and her husband Willis, along with Stephen Philpott started Bearing Belt Chain Co. in 1951. She and Willis worked alongside each other until his death in 2015. At that time she became President and presided over the business until the day of her death. Willis and Elaine were married for 73 years, had four children, nine grandchildren and 14 great-grandchildren. Each one having many interesting, fun, and individually unique memories of personal time spent with Grandma. All enjoyed holidays at the family home in Marysville, plus the visits to Grandma and Grandpa's beloved cabin in Warner Valley, near Chester, and the annual family vacation to Capitola on Monterey Bay every summer. Elaine often spoke of her years in Southern California and the Long Beach earthquake of 1933. She and her mother, along with many others, slept outside on the parkway to avoid falling debris. She also enjoyed riding the trolleys to Griffith Observatory. It started a lifelong interest in astronomy. In addition to being "Mom" and "Nana" to this large family, Elaine was a licensed airplane pilot for 40+ years and an active member of the Sutter Buttes "99s" Lady Pilots Association. She and Willis were founding and active members of Peach Tree Golf and Country Club. She was a Past Captain of the Women's group. She enjoyed her many years of golf, and was particularly proud of her Hole in One. She was a 62 year member in the P.E.O. Sisterhood, Chapter HA, serving multiple times as President. She was very active in her children's activities: den leader for the Boy Scouts and Blue Bird and Camp Fire Leader for her daughters. She was very proud of her Grand Jury Service commitment and of her graduation from Yuba College where she graduated with honors. Elaine is survived by her daughters, Cynthia and husband David Whitmarsh of Willows, California, Heidi and husband Dwight Cole of Pismo Beach, California, and Stephanie and husband Louis Brooner of Chico, California; and grandchildren, Stephen Whitmarsh, Jeffery Brooner, Melissa Durrans, Stacy Pollicino, Jennifer Cole, Ryan Cole, and Christine Whitmarsh. She also leaves 14 great-grandchildren, and 6 great-great-grandchildren, as well as several nieces and nephews. She also leaves behind her sister-in-law, Natalie Chase Cartwright. She was predeceased by her husband, Willis, on August 8, 2015; by her son, Arthur Willis Chase III; and her grandson, Patrick Whitmarsh. ~Graveside services were held last week at Sierra View Cemetery, and limited to immediate family due to the Corona Virus concerns and restrictions. A celebration of life will be held at a later date. In lieu of flowers, donations can be made to a charity of your choice or in her memory to one of Elaine's favorite scholarship funds, P.E.O. Program for Continuing Education, 3700 Grand Avenue, Des Moines, Iowa, 50312. It is a need based grant for financial assistance to women who find it necessary to return to school to complete a degree to improve their marketable skills for employment, to support themselves and/or their families.

Elaine French Chase, a seventy-five year resident of Marysville, passed away peacefully in her sleep on December 6, 2020, just one month short of her 94th birthday. She was born on January 4, 1927, to Loyal Dell and Lillian Hansen French in... View Obituary & Service Information

The family of Elaine French Chase created this Life Tributes page to make it easy to share your memories.

Send flowers to the Chase family.