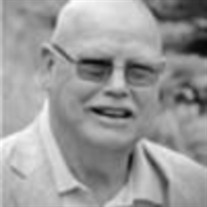 July 25, 1946 – August 27, 2021 Gary Gene Cooper passed away peacefully on August 27th, 2021, at the age of 75, from the effects of COVID. He was born to Herman and Bertie Cooper in Yuba City, CA, on July 25th, 1946. Gary spent most of his life living in California, while residing in Sun City, CA, for the past 17 years. Gary graduated from Marysville HS in 1965, where he excelled in football, basketball, and track. Gary proudly served in the United States Navy from 1966-1972. He not only played basketball on the Navy team but was also awarded the National Defense Service Medal. Professionally, Gary served for the past 30 years as a most dedicated and valued account manager for Asplundh Tree Service which later became Utility Tree Service. In 1975, Gary became a father with the birth of his daughter Amber. He was also father to sons, Cory and Branden, as well as a daughter, Kacie. In 1991, he married Valare H. Cooper, blending both of their families. Through that marriage Gary gained two beloved stepchildren, Dominique and David. Gary was a devoted husband, father and grandfather who treasured time spent with his family. He was an active member of the church, where he shared his talent and passion for gospel music. His beautiful voice will be missed by all those who knew and loved him. Gary was predeceased by his parents, Herman and Bertie Cooper; as well as brothers, Ron and Harley Cooper. Gary is survived by his wife, Valare H. Cooper; children, Amber Moore, Cory Cooper, Branden Cooper, and Kacie Cooper; grandchildren, Riley, Chase, and Cory Jr; siblings, Carol Sue, Richard, and Myrna; as well as many nieces and nephews who adored their Uncle Gary. Services will be held on Friday, September 10, 2021, at 11 a.m. at Sutter Cemetery in Sutter, California. Reception to follow at Faith Tabernacle Church in Yuba City, California.

The family of Gary Gene Cooper created this Life Tributes page to make it easy to share your memories.

Send flowers to the Cooper family.