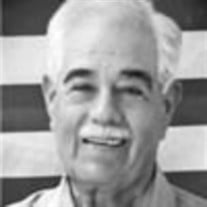 Ismael Y. Aguilar passed away on September 22, 2020, at his home surrounded by his family, at the age of 89 years old. He was born June 17, 1931, in Durango, Mexico. In 1956, he married his wife of 64 years, Rosa Ybarra. They made their home in Tierra Buena where they raised their daughter and five sons. He loved spending time with his family and dogs. He had a green thumb and was especially proud of his garden, all his fruit trees and grape vines. His parents, Francisco and Aurelia Aguilar; his brothers, Pablo and Martin Aguilar; sisters, Isabel Rubio and Francisca Soto; and his grandson, Lorenzo Aguilar, precede him in death. He is survived by his wife, Rosa Aguilar; daughter, Irene Aguilar (husband Rogelio); Ismael Aguilar, Jr. (wife Irma); Lorenzo Aguilar (wife Corrina); Vincent Aguilar (wife Tara); Marty Aguilar (wife Terri); and Paul Aguilar (husband Josh); 17 grandchildren; and 18 great grandchildren. He is also survived by his brother, Domingo Aguilar; sisters, Socorro Monsivais and Luz Medina; and numerous nieces and nephews. Memorial services will be held at St. Isidore Catholic Church, Yuba City, CA, on Tuesday, September 29, 2020, at 9:30AM. Burial will be at Sutter Cemetery.

The family of Ismael Y. Aguilar created this Life Tributes page to make it easy to share your memories.

Send flowers to the Aguilar family.