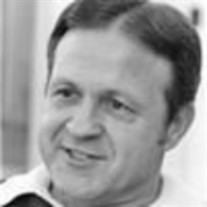 Jack Battles, Jr., of Yuba City, passed away in peace on October 2, 2021, at Summerfield Senior Living, where he had lived since 2017. Jack was born April 1, 1927, on his family ranch, near McAllister, Oklahoma. Jack and his family moved to California from Oklahoma during the Great Depression and settled in the Imperial Valley. After several years in southern California, the family moved to Placerville in El Dorado County. Jack enlisted in the US Navy shortly after reaching the age of 17 and served on a mine sweeper at various locations in the South Pacific Theatre. Upon discharge after the war, he returned to Placerville where he met his future wife, Joyce. The two were married in 1948, and relocated to San Jose, California so Jack could attend the state college. Jack worked part time at PG&E while attending school and became a full time employee following his graduation. His career at PG&E led him to many different leadership roles and locations throughout Northern and Central California. He retired from PG&E in 1987. Following his retirement, Jack and Joyce moved to central Oregon and lived there until 2014, when they returned to California and settled in Yuba City. Jack had a love of the outdoors and spent much of his time hunting and fishing throughout Oregon and California. He also loved California's gold country, its rich history, and visits to the state's many gold rush towns. He and Joyce loved traveling in their RV and made several cross country trips over the years visiting all the lower 48 states and several Canadian provinces. When they weren't traveling, chances are you'd find them spending time with their children and grandchildren. Jack was preceded in death by his wife of 69 years, Joyce Lee Battles; his father, Jack Battles Sr.; his mother, Olive Battles; and his four sisters, Imogene Walker, Etta Mae Wood, Juanita Ousley, and Rosalie Leffman. He is survived by his brother, Donald (Virginia) Battles; children, Ron (Julie) Battles, Gary (Marian) Battles and Susan Battles; grandchildren, Sarah (Rei) Tanaka, Heather Laurie, Derek (Kayla) Laurie, Eric (Kristen) Battles, Samantha Battles; 5 great-grandchildren; and many nieces and nephews. A funeral mass at Saint Isidore Catholic Church in Yuba City, will be celebrated at a future time. Jack will be interred next to his wife Joyce Lee at the Roseville Public Cemetery. In lieu of flowers, please send memorial donations in the name of Jack Battles to Saint Isidore Catholic Church, Yuba City, California.

Jack Battles, Jr., of Yuba City, passed away in peace on October 2, 2021, at Summerfield Senior Living, where he had lived since 2017. Jack was born April 1, 1927, on his family ranch, near McAllister, Oklahoma. Jack and his family moved to... View Obituary & Service Information

The family of Jack Battles Jr. created this Life Tributes page to make it easy to share your memories.

Jack Battles, Jr., of Yuba City, passed away in peace on October...

Send flowers to the Battles family.