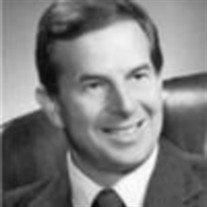 Jack L. Taylor peacefully passed away from his long struggle with congestive heart failure on December 27, 2020 at UC Davis Hospital in Sacramento, CA. Jack L. Taylor was born in the spring of 1938 in Gridley, California. A lifelong resident of the Yuba Sutter area, he attended Bridge Street and Gray Avenue schools, graduating from Yuba City High School in 1956. Jack received his Bachelor of Science degree from University of San Francisco in 1960. Jack entered University of San Francisco Law School and found his real passion. While attending he had the highest scholastic average in his class for all three years. He was awarded a full scholarship and graduated number one in his Law School Class in 1963. When he wasn't hitting the books, Jack was refining his God given talents of playing music by ear. He favored the piano and saxophone. His talents, both instrumental and singing were on display when he performed with his band called the "The Four Squires." From Law School, Jack reported to the United States Army as a 1st Lieutenant in the Judge Advocate General Corp. Following his training in Charlottesville, VA, he was promoted to Captain. He then reported to Fort Huachuca, Arizona with his then wife, Lynn Taylor and 1st daughter, Jennifer. His love for the law brought him many honors while he was in Arizona. Upon completion of his military service, he had many offers to practice law in Arizona and Nevada but chose to return to his home town in the Yuba Sutter area. "It's the Garden Spot of America" he would reply whenever inquired about his choice to come home and practice law. Jack joined the firm of Steel & Arostegui in 1967. He was also a Public Defender for Sutter County for a few years. In 1974 he opened his own law practice, Jack L. Taylor, Inc. in Marysville. His love for the law drew him many places and his practiced flourished. Jack truly enjoyed his work. He later partnered with Wayne Hinsdale to form Taylor and Hinsdale, a Law Corporation. The team eventually added a third partner, Bud Williamson in 1977 and around that time moved the practice from Marysville to Yuba City. Jack practiced Law into 2020 and would still be at his desk today, if possible. Jack enjoyed many hobbies including skiing, playing tennis and fishing. But his favorite place besides his office was Donner Lake. He first rented the "green cabin" on Donner lakefront in 1970 and practically every year has returned to enjoy the magic of Donner Lake. When at Donner Lake, Jack considered himself a master in both the game of dominos and blackjack. More than this, Jack loved to fish with his friends and loved ones. It was here, that Jack taught his son, Jeffrey Taylor, to fish and play dominos. It was here, that Jack taught all of his children, including his 2nd daughter, Jill Taylor, how to water ski. Jack, his children, loved ones and friends can do nothing but smile when they reflect on the numerous good times they all shared at Donner Lake. So much so, they dubbed the notion "The JLT Tradition". Back at his law practice, Jack was committed to his work and seldom swayed from that posture. When he did, you could find Jack running, endlessly, around the Yuba City High School track with his beloved dog, Cher Bono. In 1982, Jack met the love of his life, Joan Bechtel, who departed life too early (June 2008) after a battle with ALS. Jack was very fortunate to later find a very special companion, Janet Avalos, who was at his side when he passed. He was preceded in death by his mother and stepfather Herb and Mamie Wirtz, sister, Betavee Hand, and daughter, Jill Taylor. He is survived by his children, Jennifer Meiswinkel and Jeffrey Taylor and 5 grandchildren. Jack was a one of a kind to his community, friends and loved ones. Jack was that person that would do anything to help. His kindness and sense of welcome that one felt when spending any time around him was underscored by the endless smiles and fond memories that he has left behind. This part of Jack will stay with us and never parish. A tiny bit of Jack will always live with his friends, loved ones and community. Jack was a better Father than any kid could ask for. He played that role well, but was also a dear friend. Jack was a special member of the Yuba-Sutter community, that he loved, adored and called home his whole life. Thank you for being a part of our lives. It has meant so much to us. Jack will be missed by all. We already miss you so much! There will be a viewing at Ullrey Memorial Chapel on Tuesday, January 5, 2021 from 4:00 PM to 7:00 PM (817 Almond St., Yuba City, CA 95991). The viewing will be followed by a graveside burial service at the Sutter Cemetery on Wednesday, January 6, 2021 at 11:00 AM (7200 Butte Ave., Sutter, CA 95982). In lieu of any flowers or other gifts, we believe Jack would have preferred any such gestures to be directed as donations to his home church, St. Isidore Catholic Church in Yuba City. Donations can be done online or by mail: https://stisidore-yubacity.org/ St. Isidore Catholic Church, 222 Clark Avenue, Yuba City, CA 95991 t: (530) 673-1573.

Jack L. Taylor peacefully passed away from his long struggle with congestive heart failure on December 27, 2020 at UC Davis Hospital in Sacramento, CA. Jack L. Taylor was born in the spring of 1938 in Gridley, California. A lifelong resident... View Obituary & Service Information

The family of Jack L. Taylor created this Life Tributes page to make it easy to share your memories.

Jack L. Taylor peacefully passed away from his long struggle...

Send flowers to the Taylor family.