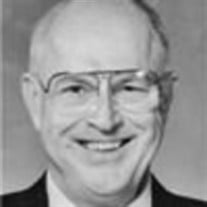 James Lawrence Kitchen of Yuba City, passed away in the early hours of April 26th, 2020, at the age of 86. Jim was born on December 19th, 1933, in Chico, California. He was the second son to Warren and Dot Kitchen. His older brother Warren was born in 1925. Jim grew up in the small logging town of Stirling City just above Magalia where his father was a train boss for logging trains while his mother was a school teacher. He attended school in Stirling City through eighth grade before moving on to Chico High School in 1947. He rode the school bus 80 miles a day from Stirling City to Chico and back for four years before graduating in 1951. His first job was with the Diamond Match Company working on a survery crew before deciding to join the Air Force in 1953. His dream had always been to be a pilot, but his eyesight kept him on the ground. He served overseas in Tripoli, Libya and Germany as a personnel clerk. After being discharged in 1957, he came home and enrolled at Chico State majoring in Engineering. In March 1957, he met Ellen Friesendorf on a blind date. Three months later on June 11th, they were married in Oroville. During the summers of 1958 and 1959, he began work for the Division of Highways as an Engineering Student Trainee. In the fall of 1959, Jim transfered to the University of California at Berkeley while Ellen accepted a job as a Public Health nurse. In Novmeber 1960, they welcomed their first son, Stuart. In January 1961, Jim graduated from Berkeley with a degree in Civil Engineering. He soon accepted a junior engineer appointment with the Division of Highways in Marysville and moved to Yuba City. Their second son, Ross, was born in September 1962. In August 1964, Jim passed his California Registered Engineer Exam and was granted a Registered Professional Engineer license and promoted to Associate Highway Engineer. In 1969, Jim transferred to the Sacramento Headquarters of the newly renamed Caltrans to accept a Senior Engineer promotion. He remained there until he retired after 35 years in 1996. In retirement, Jim and Ellen enjoyed traveling all over the United States and Europe. Their favorite destination was spending time in Switerland and Gerrmany, and later taking weeklong Alaskan crusies.Jim's favorite pastime was his passion for model airplanes. Since he couldn't fly the real ones, he did the next best thing by building and flying his own radio control planes. He enjoyed building them as much as flying them. He was a founding member of the local Sierra Flyers Flying Club in 1972, and spent 40 years as its secretary and treasurer. He was also an accomplished writer who wrote many articles for nationally-known radio control airplane magazines and even had his own column with one called "From the Kitchen Table." His other interests included listening to the old-time radio shows he grew up listening to as a kid and young man. His favorites included Have Gun Will Travel, the Lone Ranger, and a variety of mystery shows. After retirement, he joined the Sons In Retirement, and was always willing to share his excitement and knowledge of radio at meetings. He also enjoyed keeping up with his grandchildren. The family would like to thank Summerfield Care Facility and The Fountains for everything they did to make Jim comfortable during his final years. Jim is survived by his two sons, Stuart Kitchen (Angela) of Yuba City and Ross Kitchen (Jill) of Roseville; grandchildren, Audrey Clayton (Jacob), Emily Kitchen, Matthew Kitchen and Garrett Kitchen; and two nieces, Anne Enright (Jack) of Concord and Susan Mazanek (Len) of Chicago. Jim is preceded in death by his wife of 61 years Ellen, his parents Warren and Dot Kitchen; brother, Warren; and sisters-in-law, Nancy Kitchen and Vivian Kitchen. Per Jim's request, there will be no memorial service.

James Lawrence Kitchen of Yuba City, passed away in the early hours of April 26th, 2020, at the age of 86. Jim was born on December 19th, 1933, in Chico, California. He was the second son to Warren and Dot Kitchen. His older brother Warren... View Obituary & Service Information

The family of James Lawrence Kitchen created this Life Tributes page to make it easy to share your memories.

James Lawrence Kitchen of Yuba City, passed away in the early...

Send flowers to the Kitchen family.