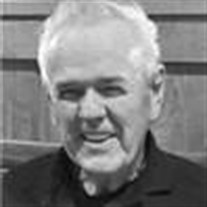 Jerry Wayne Reed was born in Pawnee, OK, in 1941. He and his mother moved to Biggs, CA, in 1943. Jerry spent the rest of his life in the Yuba Sutter area, most of which was in Live Oak. At the age of 17, Jerry met and was very much smitten by his lifelong love, Lawanda. Rumor has it, that her first impression was not quite as favorable. Nevertheless, he was able to win her over. They were married within 2 years and 59 years later, their love was still going strong, and other than being at work, were rarely seen apart. Their 3 children, Teri, Ron, and Todd is not where their family stopped growing. When Lawanda's only sister passed away from cancer, her 4 children, came to live off and on with them for the next several years. Debbie Lynn, Randy, Denise, and Jimmy are still an important part of the family today. In spite of humble beginnings, Jerry worked hard to make a way. From working in the fields, to Sunset Moulding, to Milk Man, to gas station owner, and then eventually into the construction business. Jerry spent the rest of his working career as a building contractor. He was never afraid of hard work and the word honest cannot begin to describe the integrity that he brought to each of his accomplishments. The term sick day was not in his vocabulary. He persevered through any adversity thrown at him. You could go on and on about Jerry's work ethic and how well he provided for his family but that does not even begin to tell the story of this incredible man. Jerry never met a stranger. No matter how busy he was or how late he might be, Jerry always had time to stop and talk with you. He had a joke and a smile and before the conversation was over he would have let you know about his faith in God. Jerry and Lawanda developed a love of travel and family. They would load up the kids, sometimes as many as 6, which often included cousins and friends, in a station wagon, van, or camper. Over the years, they drove to all 48 continental states but did opt for a plane ride for their Hawaii trips. The memories and fun of those trips could literally fill a library. The Reed home, over the years, became a gathering place for so many friends and family who all have a favorite story about the impact that Jerry had on their lives. He was very generous to others, many times without letting anyone know what he had given. He was all about helping but did not care about the notoriety. Over the last several years, Jerry and Lawanda continued to enjoy traveling around the country. They eventually bought a condo in Pigeon Forge, TN, where they would spend several months out of the year. Jerry loved gospel music, so with the annual national gospel convention and Dollywood nearby, there was never a shortage of activities to keep them busy in his retirement. Trying to choose just just a few words or phrases that describe him is impossible but here's a start: hardworking, sacrificed for his family, honest, devoted, loving, humorous, generous, good dad, caring husband, fun uncle, successful, awesome grandpa, believer, faithful, integrity, intelligent, and selfless. Jerry is survived by his wife, Lawanda Reed, children, grandchildren, great-grandchildren, brother, sister, niece and nephews. He is preceded in death by his parents. Visitation and viewing will be Sunday, December 22, 2019, from 12-3pm at Ullrey Memorial Chapel, Yuba City. Service will be held Monday, December 23, 2019, 11am at The Father's House, Live Oak.

Jerry Wayne Reed was born in Pawnee, OK, in 1941. He and his mother moved to Biggs, CA, in 1943. Jerry spent the rest of his life in the Yuba Sutter area, most of which was in Live Oak. At the age of 17, Jerry met and was very much smitten by... View Obituary & Service Information

The family of Jerry Wayne Reed created this Life Tributes page to make it easy to share your memories.

Send flowers to the Reed family.