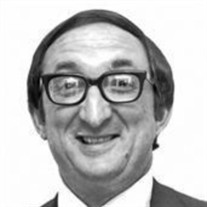 On a quiet peaceful Wednesday afternoon, December 9, 2020, devoted husband and father John Cartoscelli, 87 years old, left us for his Heavenly home. His loving wife of 36 years, Karen Cartoscelli and loving daughter, Jill Cartoscelli were by his side. John was born to Joseph and Katherine Cartoscelli January 8, 1933, in Sacramento, California, and was raised in Nevada City, California. He graduated from Nevada City High School in 1950. His was a large Italian family with 7 children. His older brother died in infancy which made John the big brother in the family. His brothers and sisters adored him. He excelled at basketball holding the title of MVP at Nevada City High School. He still had his letter sweater. After his graduation, and the outbreak of the Korean War, John enlisted in the USAF along with long time friend Norman Ellis. John served his Country in Korea and Japan and was honorably discharged settling in Yuba City. In 1959, John married a Nevada City girl, Judy Sandow. They had two children, John and Jill. Later John's brother, Frank Cartoscelli, then Under Sheriff of Sutter County, suggested he enter the field of Law Enforcement. Until his dying day he thanked Frank for that advice. After graduating from the Butte Police Academy John became a Yuba City Police Officer. He was with the YCPD for 23 years rising to the rank of Detective Sergeant. He was a wonderful police officer. He was well liked by his colleagues for his honesty, integrity, kindness and sense of humor. In his late 40's he became a golf nut much like his brother Joe Cartoscelli. John and his long time Detective partner and neighbor, Bill Marks, spent many hours hitting that little white ball and arguing about putts at Plumas Lake Golf Club. In 1982, he and Judy amicably divorced. In 1984, John married Karen LeCoe RN, who worked for Sutter County. Karen and Judy lovingly shared the kids and grandkids. Judy was always included in Holiday celebrations. Their children loved that. John introduced Karen to golf and she adopted his passion for the game. Saturdays were the guy's game and Sundays were reserved for mixed club tournaments with Bill and Anne Marks. John and Karen were Mixed Club Champs one year, while Johnny was blessed with two holes in one. He also loved sharing golf adventures with his son John and later grandson Mitch. John also enjoyed vacations to Hawaii with Karen and her mom and dad, Vivien and John Brownlee and many adventures with Karen's twin sister Sharen Cornils and her husband Cal Cornils. They travelled to the ocean many times enjoying laughter, food and friendship. Sharen and Cal spent many hours helping Karen care for John during his last illness. John is survived by his loving wife Karen, son John and his wife Lara, and daughter Jill Cartoscelli Bedwell. Grandchildren are Chellsea Cartoscelli, Mitch Cartoscelli and wife Courtney and their son Anthony and daughter Lyla, and Kaja Bedwell. He is also survived by sister Doreen McCrill, brothers Frank Cartoscelli and wife Angela, Joe Cartoscelli and wife Arlene, sister and brother-in-law Sharen and Cal Cornils. His son John, daughter Jill and granddaughter Kaja wrote, "We will remember our father and grandfather as a warm caring man that taught us to think of others before yourself. Pops was always available to hear a story, help with a problem or provide a perspective on life. He will be missed everyday". We are very proud of his service in the Yuba City Police Department. Granddaughter Chellsea wrote "My grandpa and I shared the same birthday. I could always count on his advice and to be the voice of reason. I miss him and will honor him by always trying to do the right thing". He leaves behind cousins, Rick Cartoscelli, Antoinette Cartoscelli, Ron Gaddi, Dean Macari, Joanne Macari. Vickie Peterson, Judy Wilson, June Paquette, Donna Jean Jaques, Ann Messier Carol Watson, Mike, Patricia, and Joe Cartoscelli. John was adored by his numerous nieces and nephews whom he dearly loved, sharing many wonderful family Christmases with the whole gang. He also leaves behind his little fur baby Baby Girl who spent many hours on his lap. John was predeceased by his parents Joe and Katy, his brother Angelo, sister Katherine Schrieber, granddaughter Meleah Bedwell, and life-long best friend, Jack Parker, Former wife Judy Cartoscelli and former daughter-in-law Gigi Cartoscelli Purdy. Karen shared; "He was the love of my life and my Hero" A Memorial Service will be held on Tuesday, January 5 2021, at 1:00pm at Ullrey's Memorial Chapel, 817 Almond St. in Yuba City. In lieu of flowers the family suggests donations be made in honor of John to Back The Badge, a local organization that supports Law Enforcement families in times of need : P.O. Box 1834 Yuba City, CA 95993; Sutter Buttes Canine Rescue, 855 Gray Avenue, Yuba City, CA 95991; or The Salvation Army, 401 Del Norte Ave., Yuba City, CA 95991. A Celebration of John's Life will be held at a later date due to COVID Restrictions.

The family of John Cartoscelli created this Life Tributes page to make it easy to share your memories.

Send flowers to the Cartoscelli family.