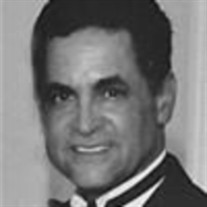 Jose "Joe" Saucedo, of Live Oak, passed away on Sunday, October 10, 2021, at the age of 69. He was born March 6, 1952, in Casa Grande, Arizona, to Pablo and Petra Saucedo. At the age of 7, his family moved to the Yuba Sutter area, where he grew up surrounded by his loving family. He attended Live Oak schools and graduated from Live Oak High School in '71, where he enjoyed sports including wresting, track, and football. For some years, Joe worked as a carpenter before he found his true vocation of landscaping. He obtained his contractors license and began his own company, North Valley Landscaping, along with his brother-in-law, Fernando Quiroz. Joe was a devoted family man. He enjoyed camping, hiking, and wood working. He was dedicated to the church, where he led the Pathfinders group for many years and served as a deacon and an elder. He especially enjoyed spending time with his grandsons. Joe was preceded in death by his parents. He is survived by his loving wife of 20 years, Kristen Fillmore Saucedo; son Adrian (Erin) Saucedo; daughter, Christina Saucedo; step-daughters, Kira (Nate) Marriner-Shea, and Melissa Marriner; and two grandsons, Lukas King and Cole Fleenor; along with six sisters, four brothers, and many nieces and nephews. A memorial service will be held on Saturday, October 16, 2021, at 4:00p.m. at the Seventh-Day Adventist Church, 360 Indiana St. in Gridley. A reception will follow the service. In lieu of flowers, donations may be sent to the Feather River Adventist School, 27 Cox Lane, Oroville, CA 95966.

The family of Jose "Joe" Saucedo created this Life Tributes page to make it easy to share your memories.

Send flowers to the Saucedo family.