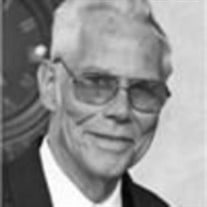 Lawrence "L.D." "Shakey" Hake, age 87, passed away at his home on January 2, 2022, with his wife and three children by his side. Born and raised in Centralia, IL, L.D. moved to California after graduating from Centralia High School and began his career as a structural ironworker. L.D. served two years with the United States Army and resumed work with the ironworkers after his discharge.L.D. met and married the love of his life, Marilyn, in 1960. The couple settled in Yuba City shortly after they married where they raised their family. L.D. was a true family man. He loved taking his family camping and waterskiing in the younger days. The Hake family was the first to experience the new "boat access only" campgrounds on the New Bullards Bar Lake after completion of the new dam. He would go through great lengths to make sure his family had a great time on the lake. Packing in all of the camping gear, food, fresh water and gas for the boat (There were no marinas in those days). Later in life, L.D. enjoyed traveling in the motor home and seeing the sites with his family. Sometimes, he would load the family in the car and just go for a drive (sometimes getting lost along the way). L.D. and Marilyn enjoyed traveling later in life with his brother Fred and his wife Shirley. L.D. and Marilyn spent many, many hours playing cribbage together. L.D. also filled his time building with Legos. L.D. has been actively involved in the community serving in various organizations throughout his lifetime, including Holy Angels Fathers Club, Mr. and Mrs. Club, YMCA Indian Guides, Cub Scouts, Bobby Sox, Camp Fire Girls, school carnivals, Gleaners, Hands of Hope, Toastmasters and his most recent, the Peach Bowl Lions Club. L.D. was awarded his second Melvin Jones Fellowship by the Peach Bowl Lions Club just this last September. He was also a member of the American Legion and the local Moose Lodge. L.D. was passionate and proud of his career as a structural iron worker. He was a lifetime member of Iron Workers Union Local #118. He loved to tell stories about his days working the iron. Major projects that he worked on included Oroville Dam and New Bullards Bar Dam. Having to take a leave of absence from Iron Work after a serious accident, L.D. was unable to remain idle and built the swimming pool and 5 foot waterfall in the family backyard while lugging around a full leg cast, even tying re-bar and installing in-ground pipe. Once L.D. fully retired from Iron Work, he served 5 years as a building inspector for Nevada County. L.D. is survived by his wife of 61 years, Marilyn; and three children, Ron Hake (Cheryl), Cheri Taylor (Charlie Barrett) and Sandy Connelly (Brian); six grandchildren, Christine Mastrolia (Joe Martinez), Aaron Taylor (Cayce), Ryan Taylor (Derek Pixley), Megan Wetzel (Ryan), Dylan Connelly (Sydney), and Shannon Connelly; and five great-grandchildren, Lily, Emery, Camryn, Lucas and Hudson. He is predeceased by his brother, Frederick Hake and sister, Cathryn Mahan. Being that the Memorial Day weekend party in the backyard was L.D.'s favorite day to kick off the summer, a Celebration of Life will be held in the family backyard on May 29, 2022. In lieu of flowers, the family suggests donations to the Peach Bowl Lions Club or Salvation Army.

Lawrence "L.D." "Shakey" Hake, age 87, passed away at his home on January 2, 2022, with his wife and three children by his side. Born and raised in Centralia, IL, L.D. moved to California after graduating from Centralia High School and began... View Obituary & Service Information

The family of Lawrence "L.D." "Shakey" Hake created this Life Tributes page to make it easy to share your memories.

Send flowers to the Hake family.