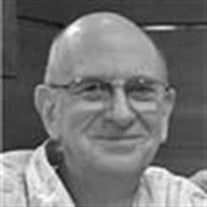 Michael Wright Connors, a well-loved Yuba-Sutter community member and long time Yuba-Sutter resident, who was known for his 34-year commitment to teaching our youth, his uncontrollable exuberance at the sound of fire engines and trains, his efforts to find "forever homes" for Irish Setters and Golden Retrievers, his love of good puns ("groaners"), and his ability to put others' needs before his own, passed away on Thursday, May 9, 2019, at the age of 78. He succumbed to complications with pneumonia at Rideout Hospital in Marysville, CA. He is survived by his wife of 55 years, Judy Connors; his daughter Erin Pelfrey and son-in-law Clay; his son Corey and daughter-in-law Holley; two grandchildren, Riley and Caitlin; sister Terrie Jordan; loved nephews; and many friends. Mike was born on December 6, 1940, in Sacramento, CA. As a young man, he earned the rank of Eagle Scout and passed his love of scouting to his son (also an Eagle Scout) and grandson (on his Eagle Scout path). He graduated from Sacramento High School in 1958 and continued his education at California State University, Sacramento, where he earned his advanced degrees. He met his soulmate, Judy, at the Emporium Department Store in Hillsdale, CA, where they both worked. After marrying her, he owned his own business in Palo Alto, but soon found that his calling was to become a teacher. He was offered a position as a speech and drama teacher at Yuba City High School, so he took it! Often called-out as a favorite of students, he taught English for 34 years with Yuba City Unified School District. He was never "above" working a common work-week to give his family a great quality of life, so he taught evening English classes for Yuba College at Beale Air Force Base where he loved to watch the planes fly, including one of his favorites, the SR-71 "Blackbird". Mike lived in Sutter County for 52 years. He loved performance theatre and often attended local performances as well as the Broadway series and Music Circus in Sacramento. After retiring from teaching, Mike and Judy became proud business owners of The Phone Booth in Yuba City for 10 years. Mike enjoyed gardening where he was very covetous of his extensive berry patch. One of his favorite pastimes was spending time with his dogs. He fostered and adopted many of his four-footed friends into the family and was actively involved in both the Irish Setter and Golden Retriever Rescue. He will be painfully missed by those who knew him and loved him. Mike's preference was not to hold a formal memorial service, but he would've appreciated any donations made to Homeward Bound Golden Retriever Rescue, https://homewardboundgoldens.org (7495 Natomas Road, Elverta, CA 95626).

Michael Wright Connors, a well-loved Yuba-Sutter community member and long time Yuba-Sutter resident, who was known for his 34-year commitment to teaching our youth, his uncontrollable exuberance at the sound of fire engines and trains, his... View Obituary & Service Information

The family of Michael Wright Connors created this Life Tributes page to make it easy to share your memories.

Send flowers to the Connors family.