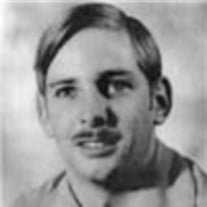 Michael "Mick" Royce Keir, 69, of Yuba City, CA, and Redmond, WA, passed away on July 8, 2020. Mick was born on September 21, 1950, in San Jose, CA, son of Harold and Pauline Keir. Mick served in the United States Air Force, from 1969 to 1972, serving at Beale AFB, Kadena, Okinawa and Lajes Field, Azores (436 AMSq (MAC), being honorably discharged as Staff Sergeant. While stationed at Lajes Field, he was named one of the top 15 percent in his Air Force specialty. His formal military training as Aircraft Electrical Technician, led to a lifelong career in Alaska as electrical journeyman and construction for a network of fishing ships and processing plants including Ocean Beauty. Mick's sense of humor filled our lives and could easily turn into laughing tears. His positive nature was lifting and one of his favorite sayings was, "Things could be worse!" Mick loved gardening, was known for being a food connoisseur, and enjoyed building and helping his friends with projects. He was a kind and intelligent gentleman, as well as a very skilled carpenter. Mick loved going for country drives, spending time at the ocean and taking care of his WA country property. Mick leaves behind his lifelong friend, Janis Sabbatini; his sister, Teresa Berube; and brother, Gerald Keir and wife, Gloria; and his nieces, Stacia and Alanna, Heather Eichman; and nephew, Todd Eichman; caring friends and family in Canada. A memorial service with full military honors will be private. Arrangements are under the direction of the Ullrey Memorial Chapel.

The family of Michael "Mick" Royce Keir created this Life Tributes page to make it easy to share your memories.

Send flowers to the Keir family.