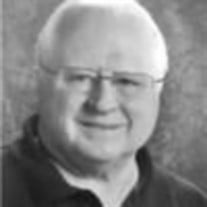 Michael Dell Peebles, of Yuba City, CA, died peacefully at his home on November 25, 2020, due to complications of cancer. Mike was born September 24, 1940, to Edna Homan Peebles and Wayne Peebles in Berkeley, CA. He called Petaluma, CA, home and graduated from Petaluma High School in 1958. Mike is survived by his loving wife of 56 years, Donna; brother, Patrick (Mary) of Kansas City, KS; sister, Florrie of Santa Rosa, CA; daughter, Jennifer Bartlett (Michael) of Yuba City; son, David (Michelle) of Fairfield, CA; granddaughters, Chelsea, Lauren, Ryann, and Lindsey; grandson, Thomas; great-granddaughter, Ivy; and many cousins, nieces, and nephews. Raised by a single mother, Mike learned at the age of 10 what it meant to be responsible. His first job was with the U.S. post office in Guernville, CA, delivering telegrams on his bicycle. Mike proudly held various jobs during his youth in order to help his mom. As a teenager, Mike was active in the Order of DeMolay, eventually earning the high honor of Degree of Chevalier. Mike had two distinct careers starting at the age of 18. In the first he was a respected businessman for Diamond Lumber Company. In 1974, the family was transferred by Diamond to Yuba City, CA. At the age of 50 in order to pursue his dream job of teaching, Mike went back to college to earn his Bachelor of Arts degree and his teaching credential. Mike taught at San Juan and Del Campo High Schools in Fair Oaks, CA. After 25 enjoyable years teaching English and computers, Mike retired in June 2019. Mike served in the United States Marine Corps Reserve from 1960-1966. He was a master mason. A member of St. John's Episcopal Church where he served on the vestry, was a lay reader, and sang in the choir. During his business career, he was active in the Lions Club, YMCA, United Way, and other civic groups. Mike's greatest joy was his family. He loved planning spontaneous trips especially to the ocean and camping/fishing trips with his son. He was known by his grandkids as their "silly grandpa" because of his fun sense of humor. Mike and Donna enjoyed attending live theater at STC in Sacramento; Ashland, Oregon Shakespeare Festival; and The Acting Company. They also enjoyed traveling and playing Mexican Train with friends and family. A memorial service will be held via Zoom on Saturday, January 23, 2021, at 11 am with St. John's Episcopal Church. If you would like to attend, please send an email to [email protected] A celebration of life will be held at a time when it is COVID safe for groups to gather. In lieu of flowers, memorial contributions may be made to the Rideout Cancer Center, 618 5th Street, Marysville 95901 or Sutter Health Care at Home, 400 Plumas Blvd., Ste. 115, Yuba City, 95993.

The family of Michael Dell Peebles created this Life Tributes page to make it easy to share your memories.

Send flowers to the Peebles family.