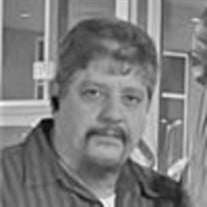 Miguel Reyna was born June 3, 1958 in Coalcoman, Michoacan Mexico to Miguel D. Reyna and Aurora Spindola, and passed from this life on September 14, 2021 at the age of 63. Miguel was a resident of Butte County from 1974-1978, after moving from Coalcoman, Michoacan to Gridley, CA. He married his wife Hilda Curiel in 1978, where they became Sutter County residents in Live Oak, CA for 43 years. Miguel was a farmer laborer for 45 years. He was also very musically talented. He loved to play the organ, was a talented song writer, and he loved to sing. In the late 70's to late 80's he played in various musical groups. In 1989, he accepted God into his life and decided to dedicate using his musical talent at "Seguidores de Cristo," church, where he led the church choir from 1988-2005. He wrote thousands of songs. In 1995, he had the opportunity to record his own CD, "El Es." He touched many lives through his music. Miguel was a big kid at heart, who loved his wife, daughters, and grand-daughters very much! Everyone who knew Miguel loved his sincerity, humbleness, and his silly comedic sense of humor. He was loved by his wife, daughters, granddaughters, brothers, sisters, nieces and nephews. He will be missed! He is preceded in death by his father Miguel D. Reyna and his mother Aurora Spindola Reyna. He is survived by his wife, Hilda Reyna, daughters Diana Reyna, Cindy Perez Reyna (Francisco) and Yesenia Reyna all of Live Oak, four granddaughters, Vanessa, Yasleen, Yaneli Perez and Crystal Reyna of Live Oak. Brothers Manuel Reyna, Salvador Reyna of Gridley, sisters Maria Socorro Jaime of Gridley, Teresa Rivera of Williams, and Rosa Reyna Nguyen of Santa Clara, and many nieces and nephews. Viewing will be held at Ullrey Memorial Chapel, 817 Almond St, Yuba City on Thursday, September 23, 2021 from 5-7 p.m. Service will also be held at Ullrey Memorial Chapel on Friday, September 24, 2021 at 11:00 am. Burial to follow at the Live Oak Cemetery.

Miguel Reyna was born June 3, 1958 in Coalcoman, Michoacan Mexico to Miguel D. Reyna and Aurora Spindola, and passed from this life on September 14, 2021 at the age of 63. Miguel was a resident of Butte County from 1974-1978, after moving from... View Obituary & Service Information

The family of Miguel Reyna created this Life Tributes page to make it easy to share your memories.

Send flowers to the Reyna family.