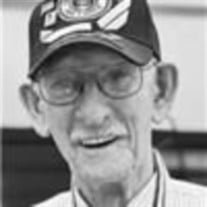 Noal Dean Miles, 85, passed away on Thursday, December 9, 2021. Noal was born in Bonnerdale, Arkansas, on October 26, 1936, to James and Flossie Miles. He was the tenth of eleven children. The family moved to Live Oak in 1942, where Noal graduated from Live Oak High School Class of 1955. He later received an Associates of Science Degree from Yuba College. After High School, Noal joined the Air Force, and after training in Dublin, CA, and Cheyenne, WY, was stationed in Chateauroux France. He was also temporarily posted to Spain and Morocco. His love of travel and history was born of his time in the military. He returned to Live Oak in 1959, and met the love of his life, Elaine Anne (Dodge). They married on August 20, 1960, and were together 61 years. They raised two children. He was an avid reader and shared his love of books with his children. Noal worked in the soda distribution business for close to 30 years. After his children finished college, he and Elaine retired and started to travel. They took many trips and explored the US, Europe, the Caribbean, and the Mediterranean. He especially loved Hawaii and Alaska taking many trips with family. Noal's second love was golf. He started to play at the age of 50 and was proud to shoot below 80 before he turned 70. Noal was eager to swing coach his children, grandchildren, and anyone else who would listen. He played until his passing often spending two or three days a week at a golf course. He also found time to hunt for deer, elk, moose, antelope and many waterfowl. He loved to hunt pheasant and most weekends during the season could be found hunting with his grandchildren and watching Green Bay Packers games. He was an avid fisherman, and especially loved trout. He was a fixture at his children and grandchildren's games, no matter the sport. He was always supportive of all participants. Noal was civic minded and was a member of the Live Oak Lions Club for over 40 years and was a fixture at community events such as the Easter Egg Hunt, Christmas Baskets, and the Fall Festival. He was also a member of Seniors In Retirement and the Yuba City Moose lodge. He spent many years volunteering at the Yuba Sutter Gleaners. He was also a reserve officer when Live Oak had a police department. Noal served multiple terms on the Live Oak Planning Commission and was committed to helping his community wherever needed. He spent additional time volunteering with the Boy Scouts, Little League, and NRA. Noal is survived by his wife, Elaine; his sisters, Luelle and Vada; his younger brother, Calvin (Babe); his daughter, Pamela Geitner (Dave); son, Steven Miles (Julie); grandchildren, David and Emma Geitner; and step-granddaughter, Jessica Middleton. Please think of Noal when donating for cancer research and when donating eye glasses to the Lions Club. Gravesite services at Live Oak Cemetery, Friday, December 17, 2021, at 10am. Preparations by Ullrey Memorial Chapel.

Noal Dean Miles, 85, passed away on Thursday, December 9, 2021. Noal was born in Bonnerdale, Arkansas, on October 26, 1936, to James and Flossie Miles. He was the tenth of eleven children. The family moved to Live Oak in 1942, where Noal graduated... View Obituary & Service Information

The family of Noal Dean Miles created this Life Tributes page to make it easy to share your memories.

Send flowers to the Miles family.