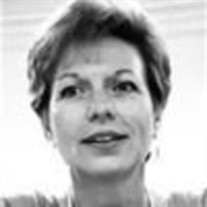 Patricia Ann Miller passed away Wednesday, November 3, 2021, with family by her side. Pat was born January 31, 1943, to Monroe "Sunny" and Esther Behr in Yuba City, CA. Raised in Live Oak, she graduated from Live Oak High School in 1960. She graduated from Yuba Community College in 1962, and later moved to Sacramento to work at the State Capitol. In 1964, Pat moved to Paris, France to work for the U.S. State Department at the American Embassy. In 1966, Patricia returned to the US and began a lifelong career with the California Department of Transportation, retiring in 1999, as the Public Relations Officer for Caltrans District 3, in Marysville, CA. Pat showed a strong commitment to her family, faith and community. On April 1, 1991, she was one of the first three female members inducted to the Marysville Rotary Club. She was actively involved with the Sutter – Yuba Republican Women Federated and the Sutter County Republican Central Committee. Patricia served as the president for the Sutter County Taxpayers Association for many years. In this role she stood up for all taxpayers in the community, Republicans, Democrats, and Independents. Patricia was married to the love of her life, Charles, for 37 years. Together they enjoyed traveling to Europe, Canada and across the U.S. They participated in picnics, hiking and ski trips with their group of close friends, the Gusto Grabbers. Survivors include brothers, Monroe Behr Jr., and David Behr; sons, Cameron May, Michael Miller (Ruth), Ken Miller (Regina), and John Miller (Melissa); daughters, Jennifer Miller (Kirk), and Cynthia Dibb (Douglas); grandchildren, Ashley, Sarah, Nathaniel, Gillian, Andrew, Morgan, Shelbie, Samantha, Lacie, Whitney, Kristina, Jessica, Erin, Brittney, Aziza and Abigail; and great-grandchildren, Cooper, Aryana, Ezra, Houston, Brexleigh, Bayleigh Ann, Milo, Adelaide, Brylynn and Zayden. Patricia was preceded in death by her loving husband, Charles Miller; her parents, Monroe and Esther Behr; and her sister, Elizabeth Carol Allen. In lieu of flowers, the family suggests donations in Patricia's name to the American Cancer Society. Funeral arrangements are under the direction of Ullrey Memorial Chapel, Yuba City. Services are Wednesday, November 17, 2021, at St. Isidore Church starting with a Rosary at 9am, followed by mass at 9:30. A reception will immediately follow the mass. Graveside service will be private.

Patricia Ann Miller passed away Wednesday, November 3, 2021, with family by her side. Pat was born January 31, 1943, to Monroe "Sunny" and Esther Behr in Yuba City, CA. Raised in Live Oak, she graduated from Live Oak High School in 1960. She... View Obituary & Service Information

The family of Patricia Ann Miller created this Life Tributes page to make it easy to share your memories.

Send flowers to the Miller family.