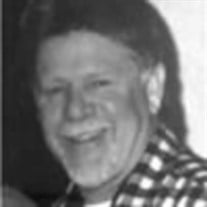 Richard Alan DiFiore, a farmer, father, grandfather, son, husband, brother, and friend to all, passed away due to heart failure peacefully surrounded by family on November 21, 2021. Richard was born in San Jose, California, on June 15, 1947, to parents Richard "Skeets" and Rosemarie "Dolly" DiFiore. Richard's great grandfather, Angelo DiFiore began farming in San Jose and Patterson, California in the late 1800s. Eventually, his son, Dominic DiFiore, acquired orchards in Yuba City, and in 1972, Richard, as the fourth generation, began to work alongside his father and grandfather, farming prunes. Richard was happiest among his beloved orchards, where he expanded the ranch to include walnuts and most recently, almonds. His innate talents in soil science and farming continued to bloom throughout his life. Mirroring the life of a tree, Richard planted seeds of generosity and nurtured all business dealings with integrity and loyalty. Despite the rapid changes of the fast-paced world, Richard was often still doing business on a handshake. His employees were family and he immediately made people feel at ease. Richard will always be remembered for endowing people he met with nicknames. As the branches of Richard's family tree expanded, he found joy in sharing the ranch life with his kids and grandkids. Sitting on the tractors with them before they could walk, passing on his wisdom to his daughter and grandchildren, who continue to help run DiFiore Ranches. Many became the recipients of Richard's generous nature, from small random acts of kindness to life-altering gestures. Richard enjoyed simple pleasures such as listening to or watching sports, especially rooting for the San Francisco Giants, taking road trips, visiting ballparks, playing golf, meeting friends for lunch, and betting on the horse races. His family and the community will miss Richard's quick wit, humor, and the twinkle in his eye. While the sun sets on Richard's life, his deep roots in the community will continue to reap a bounty of memories and family-grown walnuts, prunes and almonds. Richard is survived by his wife, Lynn; his mother, Rosemarie Held; daughters, Dawn Harris (Josh) and Tina DiFiore; sisters, Susan DiFiore and Karen Steen-Larsen; grandchildren, Alex, Joey, Nick, Kate, Marley, Dylan (Cheyenne), Dominic, Anthony; and great-grandchildren, Alana, Melani, and Juliette. He is preceded in death by his father, Richard "Skeets" DiFiore; and daughter, Angela DiFiore. Richard's life will be celebrated on Friday, January 7, 2022, at 1 pm at Marcello's Restaurant 1235 Bridge St., Yuba City. RSVP to [email protected] To best honor Richard's legacy of generosity and celebrate his memory, the family suggests practicing a random act of kindness or donating to the charity of your choice.

Richard Alan DiFiore, a farmer, father, grandfather, son, husband, brother, and friend to all, passed away due to heart failure peacefully surrounded by family on November 21, 2021. Richard was born in San Jose, California, on June 15, 1947,... View Obituary & Service Information

The family of Richard Alan DiFiore created this Life Tributes page to make it easy to share your memories.

Send flowers to the DiFiore family.