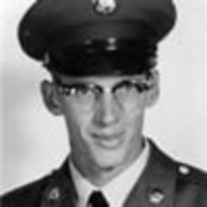 Robert Bruce Barrie, of Yuba City, passed away on Wednesday, January 19, 2022, at the age of 84. He was born October 22, 1937, to Joseph and Emily Rose Barrie in Schenectady, New York. His family moved from New York to California when he was a child. Robert attended and graduated from Compton High School in Compton, CA. After high school, Robert worked with his uncle Bernie until he was drafted into the US Army. Robert served two years active and two years inactive duty, then received an honorable discharge from the Army. Robert married Pamela Burke in Los Angeles in 1965. They had two children before they divorced in 1978. Robert worked in retail sales for Sears, Emporium and Montgomery Ward, he worked in several locations in California before retiring. After retirement Robert travelled to Spokane, WA to visit with old friends. Robert then returned to California to care for his mother until her death, he then moved to Las Vegas, NV. In Vegas, he enjoyed spending time with his daughter and grandchildren until they moved to Nebraska. Robert remained in Vegas spending time with his senior friends and visiting the casinos until 2010 when he returned to California. Upon Robert's return to California, he spent time with his son and grandchildren. Robert enjoyed watching sports, visiting the local casinos and spending time with his son's family. Robert is survived by his son, Kevin Barrie and his wife, Rochelle of Yuba City; daughter, Melissa Barberi and her husband, Jeff of Georgia; grandchildren, Cody Barrie and his wife, Sierra, Tyler Barrie, Zack Lucas and his wife, Amber, Wolf Lucas and his wife, Judith, Anthony Forbis, Andrew Forbis and Rebecca Forbis; great-grandchildren, Jameson and Evelyn Lucas, brothers, Paul Barrie and his fiancee, Joan, Lindferd Barrie and his wife, Cecile; and sister, Shirley Deluca. Robert also has numerous nieces and nephews in California, New York and Florida. Robert was preceded in death by his parents; and two sisters, Alice, and Joyce. Services will be held on Friday, February 11, 2022, at 12:00 pm, at the Sutter Cemetery, 7200 Butte Avenue, Sutter, CA. A Celebration of Life immediately following at the Marysville Art Club, 420 10th Street, Marysville, CA.

Robert Bruce Barrie, of Yuba City, passed away on Wednesday, January 19, 2022, at the age of 84. He was born October 22, 1937, to Joseph and Emily Rose Barrie in Schenectady, New York. His family moved from New York to California when he was... View Obituary & Service Information

The family of Robert Bruce Barrie created this Life Tributes page to make it easy to share your memories.

Robert Bruce Barrie, of Yuba City, passed away on Wednesday,...

Send flowers to the Barrie family.