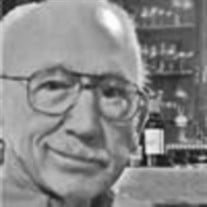 Robert Eugene "Bob" Mayfield, born May 31, 1937, in Yuba City, California, passed away June 28th, 2020, in Sierra Vista, Arizona The former Operating Engineers Local Union #3 Vice President passed away at his home in Sierra Vista, AZ, after a long-term battle with Cancer. He was the oldest of three sons of Robert Ernest Mayfield and Alpha Geraldine Gaither Mayfield: Robert, Russell, and Richard. He learned the value of hard work starting at age 14 when he went to work with his father on construction sites. He attended Yuba City High School, Yuba Junior College, University of California Davis, and the Harvard Trade Union Program in Boston, Mass. He married Karen Parson and had three children, Ernie Mayfield (Denise) of Broken Arrow, Oklahoma, Robbie Mayfield (Debbie) of Redding, California and Cheril Herman of Yuba City. In addition to his three children he is survived his wife, Eve; his youngest brother, Richard; and seven grandchildren; and 13 great-grandchildren. He is preceded in death by the mother of his children; his parents; one brother, Russell, and one granddaughter. In 1971 he met Evangelina Estrada in the Bay Area, while he was working as a District Representative in Sacramento, California, for Operating Engineers Local Union #3. Three months later, Bob was assigned as a District Representative in Guam for a year and they kept in touch by mail. After his return from Guam he went to work in Moab, Utah. Then, he was transferred to San Jose, California; and he was closer to Redwood City where Eve resided. On December 29, 1973; they were married and spent their honeymoon three months later at the Mauna Kea resort in the island of Hawaii, where they returned to celebrate many anniversaries. They had a busy life traveling due to Bob's job. Bob wanted to visit Guatemala, where Eve grew up, taking his daughter Cheril with them. Most of their travels were in the U.S., Canada, Hawaii, and Mexico, after their retirement in 1985. They then moved to Challis, Idaho, allowing Robert to take advantage of being closer to the hunting that he so enjoyed. They became snowbirds with spending winters in milder climates. They ultimately settled in the town of Sierra Vista, Arizona; where they had a home on the golf course which gave them lots of opportunity to enjoy Robert's new favorite sport – golf. The family plans to have a private graveside service. Any donations can be sent to the American Cancer Society or Hospice.

The family of Robert Eugene "Bob" Mayfield created this Life Tributes page to make it easy to share your memories.

Send flowers to the Mayfield family.