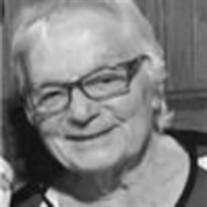 Rosa G. Carvalho, age 88, of Yuba City, CA, passed away peacefully October 6, 2021. Born October 27, 1932, in the Azores, to Antonio and Maria De Sousa. Rosa was the youngest of six children. In 1955, Rosa married Dennis P. Carvalho. They were married for 44 years before his death in September 1999. In 1970, they were blessed with their only son Dennis S. Carvalho. Prior to moving to California from East Providence, Rosa was a seamstress by trade, working for the Converse shoe company. Upon arriving in California, Rosa worked many years for the Harter Packing Company. Family and friends were Rosa's passion and delight. Rosa loved to love on people. She was known to so many as "Mama". Rosa is survived by her ever loving son, Dennis S. Carvalho; and nephew, Franklin Correa. Rosa was preceded in death by her husband, Dennis P. Carvalho; sister, Maria Furtado of Fall River, Massachusetts; sister, Anna Correa of East Providence, RI; sister, Adelina De Silva of East Providence, RI; brother, Antonio De Sousa of Azores; and brother, Jose De Sousa of East Providence RI. Viewing will be from 4pm-6pm, followed by recitation of the rosary at 6:00pm, Wednesday, October 13, 2021, at Ullrey Memorial Chapel. Mass of Christian burial will be celebrated at 10am, Thursday, October 14th, 2021, at St. Isidore Catholic Church. Burial will follow at Sutter Cemetery. Arrangements are under the direction of Ullrey Memorial Chapel.

The family of Rosa G. Carvalho created this Life Tributes page to make it easy to share your memories.

Send flowers to the Carvalho family.