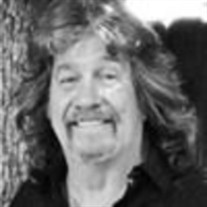 Steven Jay Barnes, 73 years old, of Yuba City, CA, entered into eternal rest on February 9, 2022, at 1:39 PM, at Adventist Health/Rideout Memorial Hospital in Marysville, CA. His passing was a result of a long battle of multiple ongoing health issues. His last few months were spent in the hospital showered by his wife's love each day and who was close by when he drifted off to be with the Lord. Steven was born on October 3, 1948, in Oakland, CA, at Jackson Lake Hospital. He was born to Boyd Leonard Barnes and Faye Arnetta Lee who resided in Richmond, CA, at the time of his birth. He attended De Anza High School, Richmond, CA, and graduated with the Class of 1966. Steve has one sister who he loved very much, Sharon Hackbarth (Vaughn Hackbarth) who lives in Valley Springs, CA. He had three sons; Jason, Daniel and David, with a football team of grandchildren; Tia, Nicholas, Thomas, Noah, Zoey, Savannah, Brandon, Ramanda, Brynt, Bryania, Aireyan, Bunny, Alithia, Andrew, and Lillian and 10 great-grandchildren as well. He loved his children, grandchildren and great-grandchildren with all his heart. A proud Vietnam Veteran, he showed honor, courage and commitment to his country by serving active duty in the US Navy (E4) on the USS Hancock (CVA-19) as an electrical repairman from January 11, 1966, to April 16, 1969, as well as serving in the US Navy Reserves from April 16, 1969 to January 10, 1972. Steve had a 38 year career he loved with Pacific Gas & Electric as a LSO: Operations Supervisor from July 29, 1969, until he happily retired on October 1, 2007. PG&E was quick to snatch him up prior to his discharge from the military, he was that good and exactly what that company needed at that time. On August 9, 2020, he married Lyla who was a lifelong friend since 1973. They rekindled their friendship during a time that Steve was going through a tough time with the passing of his nephew, Lenn (Rokk) Johnson, who he loved very much. Through this tragedy he leaned on Lyla for comfort, strength and support which ultimately guided them into love. Steve's love is what Lyla waited a lifetime for and will be forever grateful for the time they spent together. Steve was a motorcycle enthusiast; he enjoyed riding quads and other recreational vehicles. His passion was fishing, any day any time he was ready to roll with a fishing pole. He loved rock and roll music and loved to dance. He enjoyed watching hours of WWE Wrestling and sports. He had a love affair with good food, his favorites were; Diet Pepsi, tacos, cheesecake, peanut butter, ice cream, strawberries, and an occasional big helping of spaghetti, or a bowl of screaming hot Seafood Cioppino with garlic toast. Steve was a warrior throughout his life. The way he died is just like he lived, he wrote his own rules, he fought and paved his own way. He had a great sense of humor, stunning green eyes and hair like a rock star, which his wife loved most. Steve will be missed by many and loved by all for eternity. Steven Jay Barnes leaves behind his wife, Lyla L. Barnes; his sister, Sharon Hackbarth (Vaughn Hackbarth); his children; grandchildren; and great-grandchildren. Cremation Services are provided by Ullrey Memorial Chapel in Yuba City, CA. Final resting place in the near future will be San Joaquin National Cemetery 32053 McCabe Rd., Gustine, CA.

The family of Steven Jay Barnes created this Life Tributes page to make it easy to share your memories.

Send flowers to the Barnes family.