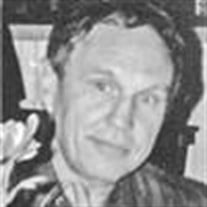 On Wednesday, August 21, 2019, Thomas Edward Todd, loving husband and father passed away at age 83, surrounded by family. Thomas was born on November 16, 1935 in Arbuckle, CA, to Rainous and Myrtle (Lang) Todd. He met his childhood sweetheart, Sara Zehrung, when they were 13 years old. They married on July 23, 1955, and recently celebrated their 64th anniversary. They raised three children and spent a total of 70 years together. Thomas graduated from California State University, Chico and began his long career in teaching at age 21. He received his Master's Degree in Earth Sciences from the University of Norman, OK. For nearly forty years he pursued his passion for education by teaching junior high students in earth science, history, PE, and coaching a variety of sports; more than thirty of those years were spent at Brittan Elementary School in Sutter, CA. Thomas' passion for teaching extended beyond school. He instilled a love of nature and learning in his children, grandchildren, and all those lucky enough to call him "Pop." Nearly every experience was a chance to learn, explore, and discover. He also instilled a legacy of faith, generosity, hard work, acceptance, and support of endeavors and activities involving children. Thomas was active all his life. He grew up hunting and fishing, and became an avid outdoorsman. He participated in various sports and coached several over the years. He shared his love of activity with his children and grandchildren, all of whom have been active in sports and/or the community. He was also active in his church. Thomas was preceded in death by his parents, Rainous and Myrtle Todd, and his grandson, Cameron Todd. He is survived by his wife Sara; his three children and their spouses, Teresa and Stephen Williams, Tamara and Tim Graham, and Thomas Todd; his grandchildren, Michael and Seth Williams, Kelsey and Rhys Graham; and his great-grandchildren, David and Aiden Williams. He is also survived by his brothers and their spouses; Russell and Rita Todd, and Aubrey and Marguerite Todd. A graveside service will be held on Tuesday, September 3, 2019 at Sutter Cemetery at 1:00 pm. A Celebration of Life will follow at Vera Carroll Park (SYO park behind the pool) in Sutter. In lieu of flowers, donations may be sent to Bethlehem Lutheran Church at PO Box 976, Colusa, CA,95932.

On Wednesday, August 21, 2019, Thomas Edward Todd, loving husband and father passed away at age 83, surrounded by family. Thomas was born on November 16, 1935 in Arbuckle, CA, to Rainous and Myrtle (Lang) Todd. He met his childhood sweetheart,... View Obituary & Service Information

The family of Thomas Edward Todd created this Life Tributes page to make it easy to share your memories.

Send flowers to the Todd family.