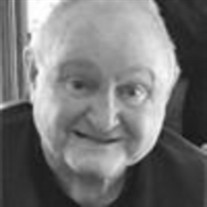 Thomas C. Williams, Sr., passed peacefully at home on Tuesday, January 4, 2022. Tom was born August 3, 1935, in Warren, Arkansas. His father was Henry Buford "Bill" Williams, his mother was Dean Elizabeth Hoyle Williams. The family moved to McNary, Arizona, a company lumber mill town, when Tom was very young. Upon his mother's death, his Aunt Lottie Williams came to care for Tom and his dad, her brother. Soon a second Williams brother, Carl, plus his three children, also move to the area. Albuquerque, NM, was the next stop for the Williams family. The house was very close to the Rio Grande River, a wonderful summer creek for a little boy to play by! The dress was always jeans and cowboy boots, hence the nickname "Cowboy". When the family moved to Wheatland, CA, and later to Yuba City, the name stuck, and Tom was true to the title! Tom's familial ties to Arkansas ran deep, as both sides of his family were from the area. He, along with his wife and children, took many trips and enjoyed many family reunions there, especially to Moro Bay, by the Ouchita River, southern Arkansas. Tom graduated from Yuba City Grammar School (now Bridge Street School), and Yuba City High School in 1954, briefly enrolled at Yuba College, then spent four years in the Coast Guard, stationed on a light ship as a buoy tender, out of both Seattle, WA, and Alameda, CA. He returned to Yuba College, then Chico State, then eventually graduated from Chapman College. Tom started work at Sunset Moulding in Live Oak, where both father and uncle had an interest, along with the Morrison family. In 1971, he moved to Chico, where he managed Diamond National's Remanufactured Wood Division. He returned to the Yuba-Sutter area in 1977, to help start up Yuba River Moulding and Millwork, Inc. Tom met Jolyne DiNapoli at Chico State, they married in 1962, and together they have three children, Marianne Williams Phillippi (Ken), Thomas C. Williams, Jr. (Tina), and Katey M. Ulrich, plus eleven grandchildren and a great-grandchild! He enjoyed knowing and sharing with each of them, Griffin, Jonathan, Cole, Ryne, Kael, Jessica, Holton, Samantha, Blair, Kenzie, and Christian. He was a member of the Lambda Pi fraternity, Marysville Elks Club, Sons in Retirement, Peach Tree Golf and Country Club, Foothill Duck Club, and St. Isidore Catholic Church. In retirement he liked to golf, shoot ducks, and bike, but most of all, summer found him at Lake Tahoe in his boat, especially with a grandchild or two riding along! If you would like to send a donation in his honor, please consider Twin Cities Rescue Mission, P.O. Box 748, Marysville, CA 95901. Memorial Services will be conducted on Thursday, January 13, 2022, at 2:00 PM at St. Isidore Catholic Church. Arrangements are under the direction of Ullrey Memorial Chapel.

The family of Thomas C. Williams created this Life Tributes page to make it easy to share your memories.

Send flowers to the Williams family.