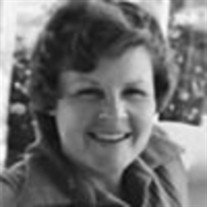 Virginia Faye (Perkins) Paschke, of Yuba City, known to all as Ginny, passed away on February 7, 2022. Ginny was born June 9, 1942, in Los Angeles, California, to George and Florene Perkins. George was killed in action in WWII, and Florene remarried Ernest Lee Dick. Ginny attended college at UC Davis and California State University-San Luis Obispo where she met her husband of 58 years, Ernie Paschke. They had two children, Sharon Faye and Kent Dieter. Everyone who knew Ginny knew her love of horses. Her mother said Ginny's first word was "horsey." In her pre-teen years she could be found at the local stables shoveling stalls in exchange for horseback riding. Some years later she was able to own her own horses and she gave riding lessons, participated in the annual Emigrant Trail Wagon Train following the actual trail taken by the Donner Rescue Party in 1847, rode in the Sutter Buttes, annually rode the trails at Pt. Reyes beach, and was a member of the Gold Country Trails Council. In 2003, Ginny founded and organized the Yuba-Sutter Domestic Animal Disaster Assistance (YSDADA) to rescue animals at risk during natural disasters. A special memory was a trip to Vienna to attend a performance of the famous Spanish Riding School Lipizzaner horses. Her love of animals was life-long. Ginny sang in the Yuba Sutter Oratorio Society performances of Handel's "Messiah." She also enjoyed growing and preserving her own fruits, vegetables and walnuts. Ginny is survived by her husband, Ernie; her son and daughter-in-law, Kent and Barbara Paschke of Charlottesville, Virginia; three grandsons, Eric, Carsten and Mark; a sister, Barbara Bush of Tulsa, Oklahoma; a sister-in-law, Vera Paschke of Anchorage, Alaska; a brother-in-law, Klaus Paschke of Vienna, Austria; several cousins; nieces and nephews; and many treasured friends. She is preceded in death by her father, George; her step-father, Lee; her mother, Florene; her brother, Frank J. Dick; and her daughter, Sharon Faye Paschke. Interment will be in Redlands, California. A Celebration of Life will be held at a future date. In lieu of flowers, please consider a donation to YSDADA, P.O. Box 3563, Yuba City, CA 95992 or the American Cancer Society. Ginny had a caring and loving heart for people and animals, and will be greatly missed. Happy Trails, Ginny, until we meet again.

Virginia Faye (Perkins) Paschke, of Yuba City, known to all as Ginny, passed away on February 7, 2022. Ginny was born June 9, 1942, in Los Angeles, California, to George and Florene Perkins. George was killed in action in WWII, and Florene remarried... View Obituary & Service Information

The family of Virginia Faye (Perkins) Paschke created this Life Tributes page to make it easy to share your memories.

Virginia Faye (Perkins) Paschke, of Yuba City, known to all as...

Send flowers to the Paschke family.