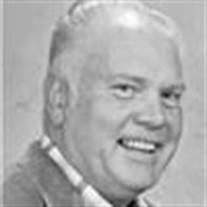 Wayne Barney of Yuba City, California, passed away peacefully at home at the age of 83 on December 7, 2019. Wayne was born in Rexburg, Idaho on December 18, 1935, one of 9 children born to Moses Allen and Esther May Barney. Growing up on a farm, he learned the value of hard work at an early age. He was a track star in high school and college, breaking records in track and field. Also, a football player and boxer, it was an easy fit for him when he became a school teacher to also coach sports. He attended Rick's College in Idaho, Western College of Education in Montana on a full track scholarship, Chico State University and U.C. Berkeley. He taught high school in Priest River, Idaho, Santa Maria and Anderson Valley, California, and lastly, Yuba City High School (from 1964 until 1998). He taught night classes through Yuba College and received the Who's Who among Teachers award, as well as the Who's Who among students award in American Universities and Colleges. He married Norlene Brown, of Pocatello, Idaho in 1959. Wayne built many homes in the area, including his own, during his years in Yuba City as a high school woodworking and carpentry instructor. He also enjoyed helping with set construction for some of Yuba City High School's Broadway musicals, such as; Music Man, Fiddler on the Roof, Hello Dolly and Carousel. For the musical Carousel, he built a fully functioning carousel with life-like horses. Wayne enjoyed fishing, building anything (including 2 motorhomes) and his dive buddies. Wayne built an ocean worthy dive boat that he and his friends would take to Fort Bragg and dive for abalone. At the end of the dive season he and his friends, along with others would gather for a "dive bash" which included an abalone feed and tall tales they would each make up about the big one that got away! Wayne was known for being the ultimate "Regular Guy." He would help anyone in need, whatever that took, usually extensive time, skill and hard work. Wayne is survived by his wife Norlene, and his children Shauna Burr (David), Kevin Barney (Ronda), and Kraig Barney, 6 grandchildren and 7 great-grandchildren. He is also survived by his siblings Leatha Dawson of Butte, Montana, Dean Barney of Idaho Falls, Idaho, and June Gould (Larry) of Saint Anthony. Idaho. The family will be holding a private memorial. In lieu of flowers, donations would be gratefully accepted by Sutter Care at Home, P.O. Box 160045, Sacramento, CA 95816.

Wayne Barney of Yuba City, California, passed away peacefully at home at the age of 83 on December 7, 2019. Wayne was born in Rexburg, Idaho on December 18, 1935, one of 9 children born to Moses Allen and Esther May Barney. Growing up on a farm,... View Obituary & Service Information

The family of Wayne Barney created this Life Tributes page to make it easy to share your memories.

Send flowers to the Barney family.