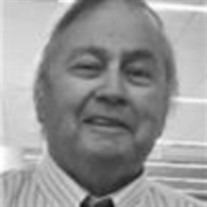 Our beloved Wayne died at age 79, with his dear wife Bonnie by his side, in Rideout Memorial Hospital, Marysville, CA, on November 25, 2020, after complications of triple bypass heart surgery. Born in Grand Rapids, Michigan, August 17, 1941, (he joked that the Japanese bombed Pearl Harbor trying to get him but they missed), he was the son of Donald Douglas Pullen and Ruth Selby Pullen. Wayne went to high school in Michigan and Colorado. While in Colorado, he and his dad drove in standard bred harness races until Wayne crashed his horse and sulky into the stadium. They only rode show horses after that. A gifted musician, Wayne played the trumpet and the accordion. Wayne played with the Farmington High School band and, declining college music scholarships in both Michigan and Colorado, joined the U.S. Army band at the age of 18 and attended the Naval School of Music near Washington D.C. He was stationed for two years in South Korea but was sent home early to be with his family when his mother died unexpectedly. He was later stationed at Fort Irwin, CA. After his military service, Wayne worked for the Montrose Ledger in Denver, and later at Industrial Freight in Sun Valley and Fresno, CA. He retired at age 62 after his eyesight deteriorated from retinitis pigmentosa. He met Bonnie Flummerfelt in 1976, while he was teaching a group of young people to handle horses. He and Bonnie were friends for years until they finally realized they couldn't live without each other. They married December 22, 1988. Wayne and Bonnie lived in California, Michigan, and France before returning to California. Wayne is survived by his wife, Bonnie; his son, Charles (Sarah); his daughter, Shelby; his grandson, Elijah; his sisters, Diana (Tim) Jeffery and Darlene (Michael) Hirschberg; and many cousins, nieces, and nephews. He is preceded in death by his parents; his sisters, Joyce Cooper and Karen Stephan; and his brother, Mark. A loyal, loving son, brother, husband, father and friend, Wayne was particularly proud of his wife and two children. He loved, reading, going out to eat, biscuits and gravy, and doughnuts. His laugh was contagious, and he made adults and children happy when he played guitar and sang the "Froggy Song." He will be deeply missed. A celebration of his life will be scheduled post pandemic. He will be interred, joining his mother and father, at Forest Lawn Cemetery in Glendale, CA. When asked Wayne's best advice to give his children and grandchildren, he said "TTBP: Try To Be Perfect. Perfect is good, kind, sharing, and loving." Wayne lived his advice.

Our beloved Wayne died at age 79, with his dear wife Bonnie by his side, in Rideout Memorial Hospital, Marysville, CA, on November 25, 2020, after complications of triple bypass heart surgery. Born in Grand Rapids, Michigan, August 17, 1941,... View Obituary & Service Information

The family of Wayne Douglas Pullen created this Life Tributes page to make it easy to share your memories.

Our beloved Wayne died at age 79, with his dear wife Bonnie by...

Send flowers to the Pullen family.