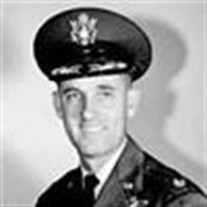 Lieutenant Colonel Wilbur Lee Tracy, United States Air Force (Ret), resident of Yuba City since 1967, passed away in his home January 19, 2020. He was born November 7, 1921, in Amoret, MO, the second son of Arthur and Glova Tracy. His early life was spent on a large farm, attending a one room country school, with hunting and fishing for entertainment. At age 13 he was baptized in the Amoret Christian Church and remained faithful to his Christian belief throughout his life. He graduated from the Butler High School, Butler, MO, in 1939. During his high school years his father taught him photography which he pursued as a hobby as well as earning his spending money while in school. He began his career in military aviation by enlisting in the US Army in 1944, where he piloted a B-17 Flying Fortress out of Foggia, Italy. He flew thirty-three missions before the end of the war. During this combat tour he flew some of the first enemy radar jamming missions and made several single aircraft bombing raids into enemy territory when it was not safe for large formations to conduct bombing raids. For this service he was decorated with the Distinguished Flying Cross and awarded three Air Medals. During these dangerous and trying times he realized the power of prayer and the saving grace of our Lord. In July 1948, he was recalled to active duty and between then and his retirement in 1966, he flew in the Berlin Airlift, in Air-Sea Rescue, served at SAC headquarters, and as an aide de Camp to General Horace M. Wade, and finally flew in the 903rd Refueling Squadron at Beale AFB, CA. During his assignment at Beale he participated in the development of rendezvous and refueling procedures between the KC-135 and the famous "Blackbird" SR-71 reconnaissance airplane, and was the first tanker pilot to complete a successful air refueling of the SR-71. In September 1966, he retired as a Lt. Colonel Command Pilot with approximately 8,000 flying hours. Following his military career he moved to Yuba City, CA, in 1967, and entered into the Federal Civil Service for 21 years first as a manager of Air Force ground training and then manager of Military Family Housing at Beale AFB. He retired from Civilian Service on September 1, 1988. In his final retirement, he pursued photography, woodworking, and a little fishing. During his assignment in Air-Sea Rescue at Lowry AFB, near Denver, CO, he met Jessie Good whom he married in 1951. Wilbur and his beloved Jessica raised two sons, Mark Lee (b. 1954) and Charles Arthur (b. 1957). He is survived by his two sons, Mark (Danielle) of San Jose, CA, and Chuck (Ruth) of Vancouver, WA; two grandchildren, Eric (Cassandra) and Lisa Tracy; and two great-grandchildren, Alyssa and Nathan all also of Vancouver, Washington. He is preceded in death by his wife of 62 years, Jessica; and brothers, Robert Craig (R.C.) and Henry Willis (Willis). While Wilbur lived an adventurous life filled with fascinating stories, he was better known as a man that earned the respect of those he worked with, of his friends and family, and of his community. At his work in the Civil Service he had a reputation for fairness and honesty. In the Air Force he was known for his integrity and made every effort to mentor his crew members. As a husband and father, he was patient and understanding, and taught his sons to do the things he did so well, simple things like reading the directions to more challenging skills like using your imagination to solve problems. He was a faithful and loving husband. He showed all of us how to live a productive and happy life, how to be humble, how it felt better to get things done than to put them off. He was also generous with his time, giving of his time and skills, and his faith, to his church and community. Honesty and integrity, understanding and patience, devotion to duty: these are the things that he was loved for and will be remembered for most. Viewing will be Friday afternoon, January 24, 2020, 4:30-7:00 pm at Ullrey Memorial Chapel. A memorial service will be held on Saturday, January 25, 2020, at 9:30 a.m. at the First United Methodist Church, 3101 Colusa Hwy, Yuba City, CA, with a reception at the church following an 11:00 a.m. burial at the Sutter Cemetery

The family of Lt Co. Wilbur Lee Tracy created this Life Tributes page to make it easy to share your memories.

Send flowers to the Tracy family.