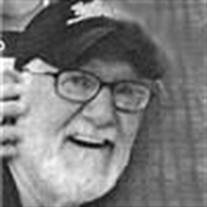 William F. Stafford III, of Yuba City, California, died peacefully on April 18, 2019. He was born to Marian Somerville Stafford and William Francis Stafford, Jr., April 6, 1938. Raised in Garden City, New York, Bill graduated from Coindre Hall in Huntington, Long Island and the Phelps School near Philadelphia. A US Navy veteran, Bill served during the Korean conflict on the USS Forrestal, where he mastered skills in radio school. "I only appreciated that later on!" he used to say. As a youngster, however, he and his brother imitated Ernie Harwell, Russ Hodges or Red Barber while calling the "play by play" for the Brooklyn Dodgers or New York Giants. He served on the management team of the Mecca Restaurant in Sarasota, FL before moving to California. There he met Judy Marie Parks, his wife of 41 years, who survives him. Other survivors include a brother Michael Stafford, (NYC); sisters, Susan Carroll (London), Barbara Dondero (Bradenton, FL) and Joan Hockaday (CA). His stepmother Vera Pennie Stafford and stepbrother Francis Stafford (WVA) predeceased him. He also leaves his caring sister-in-law Pam Fate and many dear cousins, nieces and nephews. Bill and Judy devoted themselves to many charities in the Yuba City area. One year, by soliciting door to door, they raised $7200 for Multiple Sclerosis - a record for Northern California. Other years, they walked to raise funds for the Cancer Society, and the Salvation Army. They are beloved in their community for their generous lives. In lieu of flowers, please donate to Bill and Judy's favorite charities, or the charity of your choice.

The family of William F. Stafford III created this Life Tributes page to make it easy to share your memories.

Send flowers to the Stafford family.