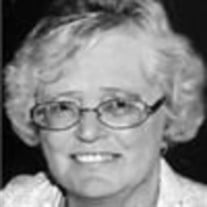 Wilma Joyce (Hewitt) Leverett, of Yuba City, was born February 7, 1947, to Richard Hewitt and Helen Marie Payne, in Escalon, CA, and passed away July 13, 2021, at the age of 74. Wilma lived in Colusa, CA, and attended schools there until she moved to Sacramento and graduated at 16 with a 4.0 GPA from Luther Burbank High School. She played the cornet in junior high and high school and then learned the baritone, playing it as she marched in the 77th Tournament of Roses parade in Pasadena, in 1965, while a student at Sacramento City College. Wilma graduated from Sacramento City College in 1966, Chico State with a Bachelor of Arts degree in Physical Education and a minor in History in 1968, and University of LaVerne with a Master's degree in Counseling in 1989. While at Sac City her city league softball team won first place in the league. In 1968, she was a counselor at Camp Minaluta, and she met George Leverett, a counselor at Glacier Trails Boy Scout Camp. They were married in 1969, and moved to Yuba City in 1971. Wilma taught PE at Walter White Union Junior High School in Ceres, CA, then PE and American Problems at Lindhurst High School in Olivehurst, CA, and was one of the original teachers who left Marysville High School when Lindhurst first opened in 1977. She then went back to school and became a counselor at P.L.A C.E. (Project Learn Alternative Center for Education) for two years, then Marysville High School, both in Marysville, CA, retiring in 2010. Wilma enjoyed reading, swimming, the San Francisco Giants, and traveling to Mendocino, Fort Bragg and Disneyland. Her last trip was to Italy. She was a charter member of Iota Sigma chapter of Delta Kappa Gamma Society International, a professional association of women educators. Wilma served on the Yuba Sutter Council for the Retarded, the Butte Vista Parents Club, various church committees, Mother Hubbard's Cupboard at St. Andrew Presbyterian Church, and as a counselor for church camp and Camp Fire Girls camp. Wilma is survived by her husband of 52 years, George; her daughter, Dawn and spouse of Yuba City; her son, Alvah Richard of Sacramento; and her brothers, Joe Hewitt (Nancy) of Foresthill, and Richard Leo Hewitt (Erin) of Hawaii; and numerous extended family. Services will be held Friday, July 23, 2021, at 10 am, at Sutter Cemetery in Sutter, CA. ~Contributions may be made to a charity of your choice.

Wilma Joyce (Hewitt) Leverett, of Yuba City, was born February 7, 1947, to Richard Hewitt and Helen Marie Payne, in Escalon, CA, and passed away July 13, 2021, at the age of 74. Wilma lived in Colusa, CA, and attended schools there until she... View Obituary & Service Information

The family of Wilma Joyce (Hewitt) Leverett created this Life Tributes page to make it easy to share your memories.

Send flowers to the Leverett family.